My JDM Legacy B4 RSK

I'm willing to bet they are the most popular Legacy's to date. It seems successful mid size cars need to: A) look like a Camry. B) expand to completely dwarf their original size class. And C) completely abandon the enthusiast niche.
93 Touring Wagon (EJ20G 5spd Swap) -- Finally back and running strong as ever!

beatersubi wrote:Maybe its just the pic angle, but new Camrys are Huge. That is a Camry, right?
Anyway, B4 looks great!, especially at night.

The 4th Gen didn't really suffer from it IMO. But then again the 4th Gen still had the very un-Camry 2.5GT and wagons. If the current 2.0GT/Touring Wagon came stateside I don't think the Camry sentiment would be nearly as strong.
93 Touring Wagon (EJ20G 5spd Swap) -- Finally back and running strong as ever!

Damnit! I was right....help us all!
Josh

Please tell me you are going to be at the Mega Meet!!!!

I couldn't make it... I was working that day.

The weather was pretty crappy too, but it looked like it was an awesome meet nonetheless. Sorry I missed it!
2000 Subaru Legacy B4 RSK

My God, it's been nearly a year and a half since I've updated this thread.

After replacing the timing belt, the clutch (same pull-style as an EJ205 WRX), the struts (using ZF Sachs struts for a USDM BE chassis Legacy; I will try to have Bilstein USA rebuild my originals), and the saga with the leaking rear differential (4th time's a charm I guess), I took the B4 on an unforgettable road trip where I drove the entire length of US 441, from Miami, Florida to Rocky Top, Tennessee. No interstates or turnpikes allowed. 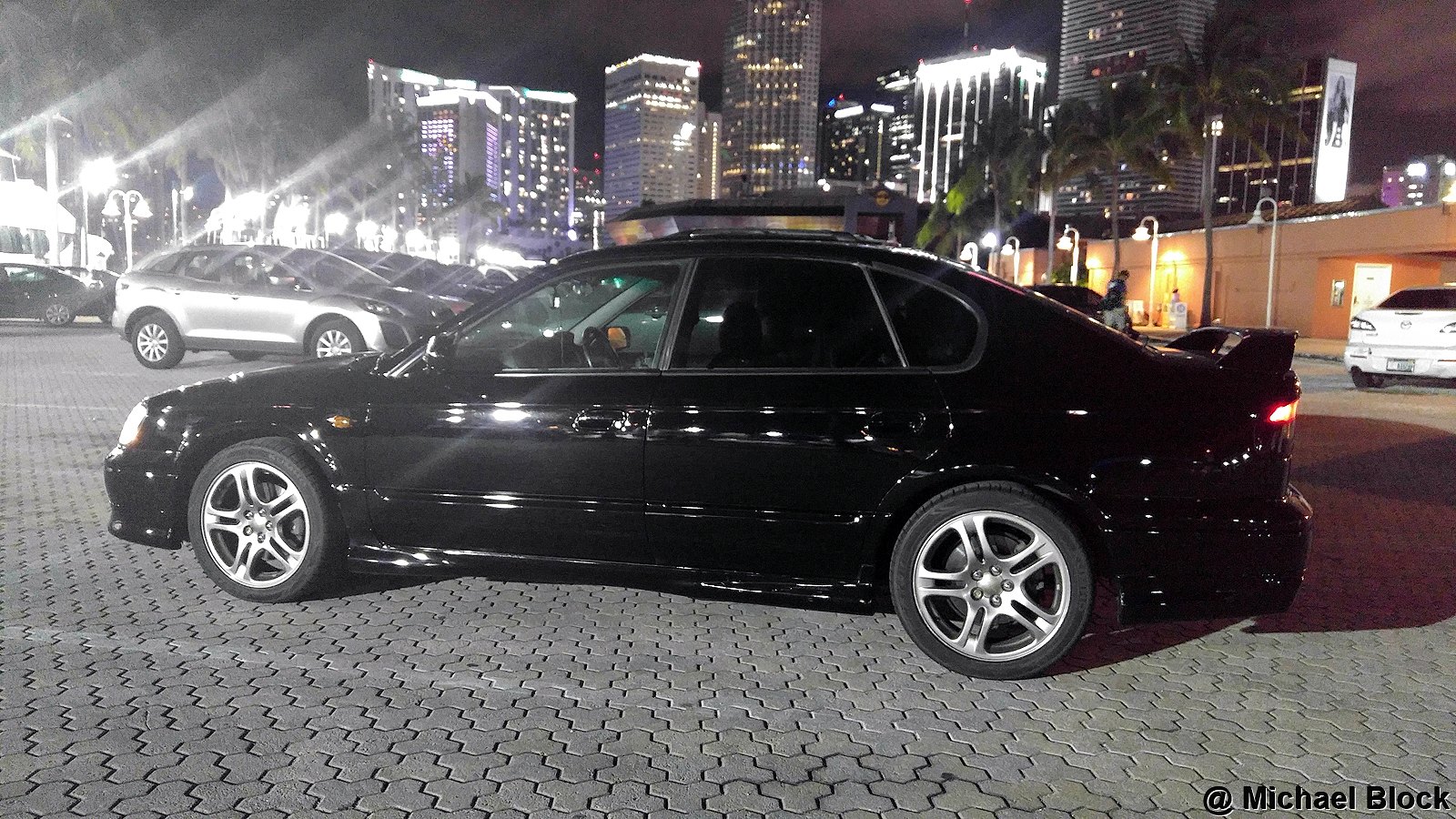 Few things make me happier than an open, deserted two-lane road through nowhere: 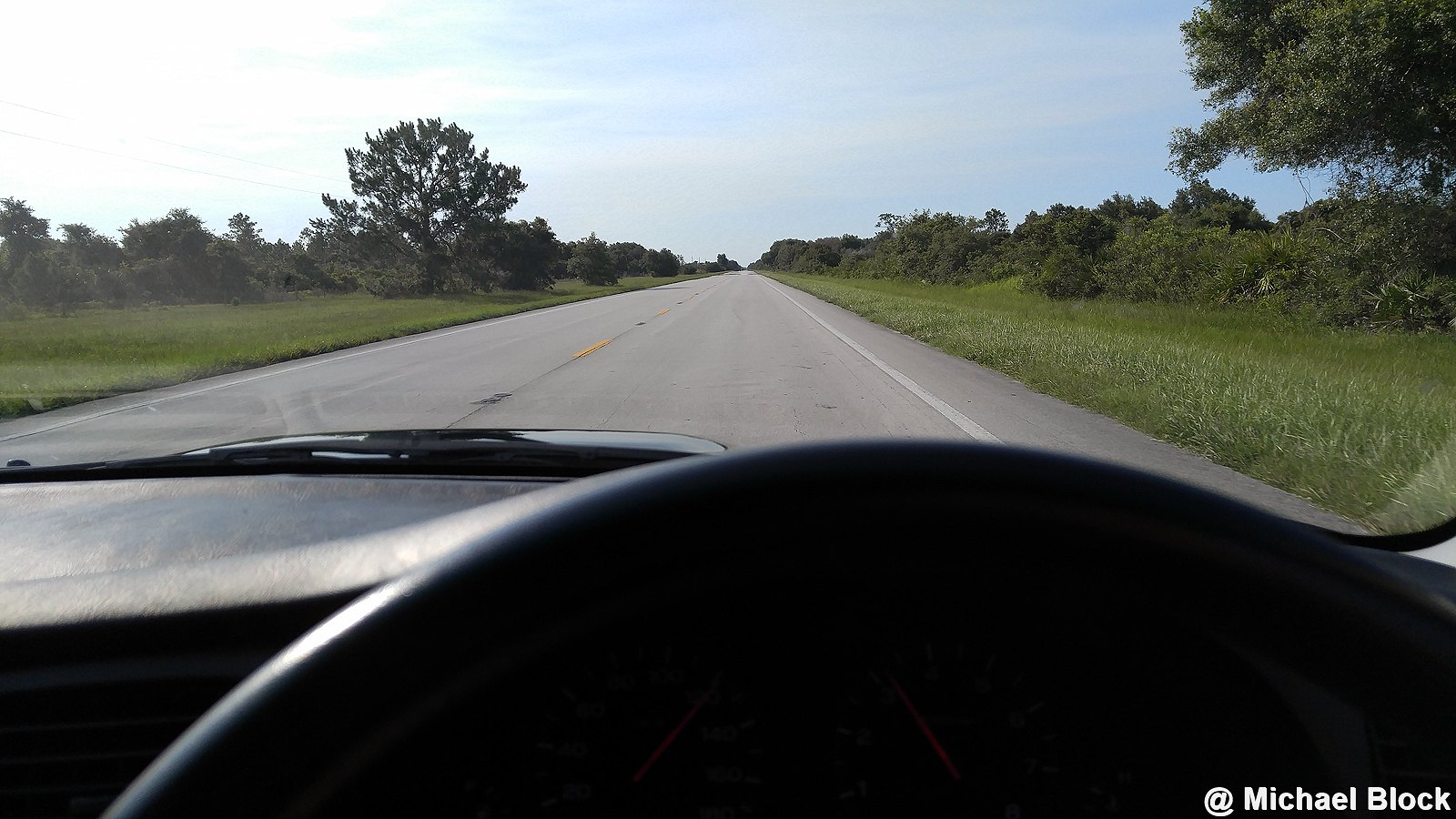 I took it camping in Paynes Prairie outside of Gainesville, Florida: 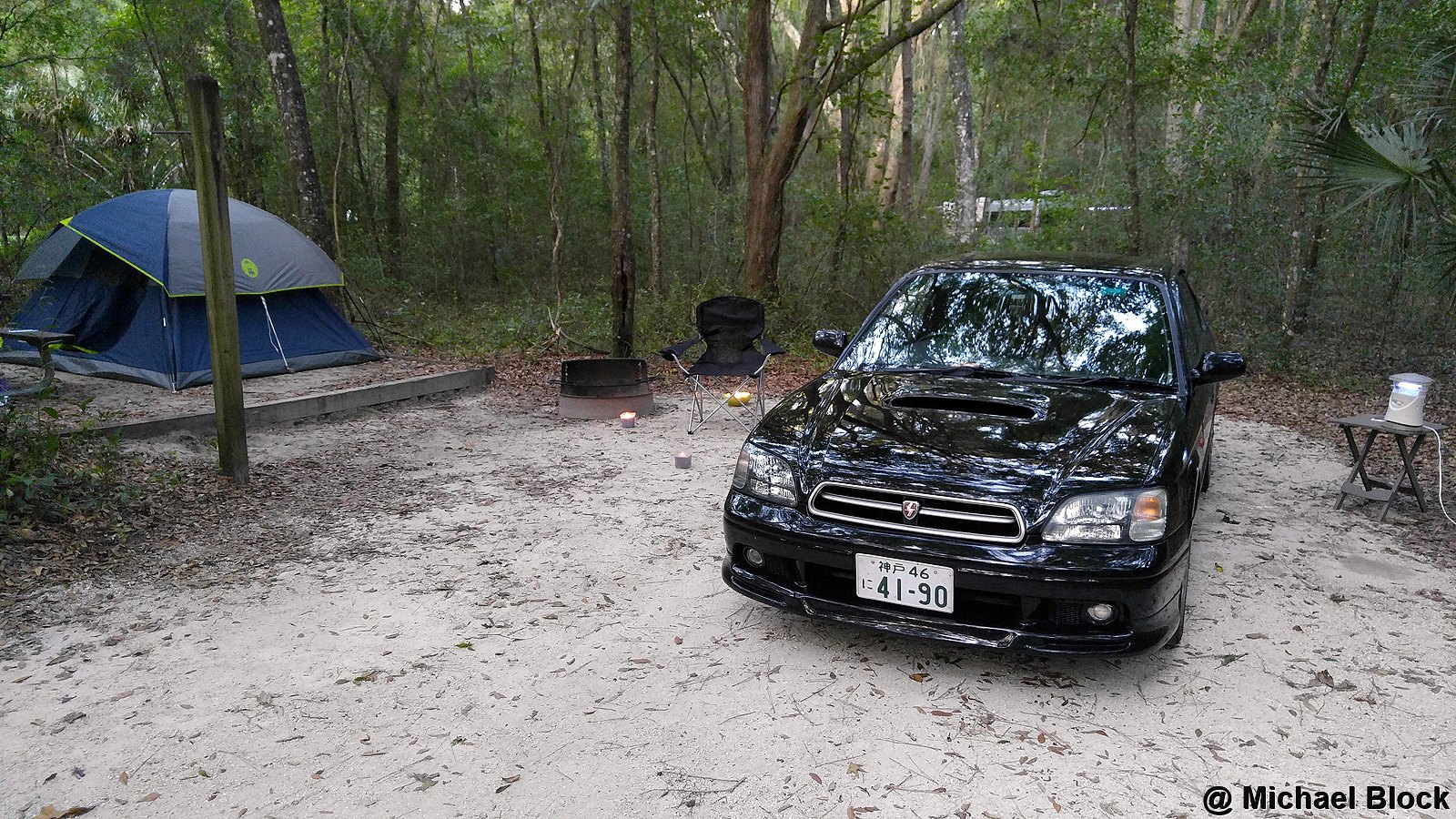 I stumbled upon an old, deserted gas station: 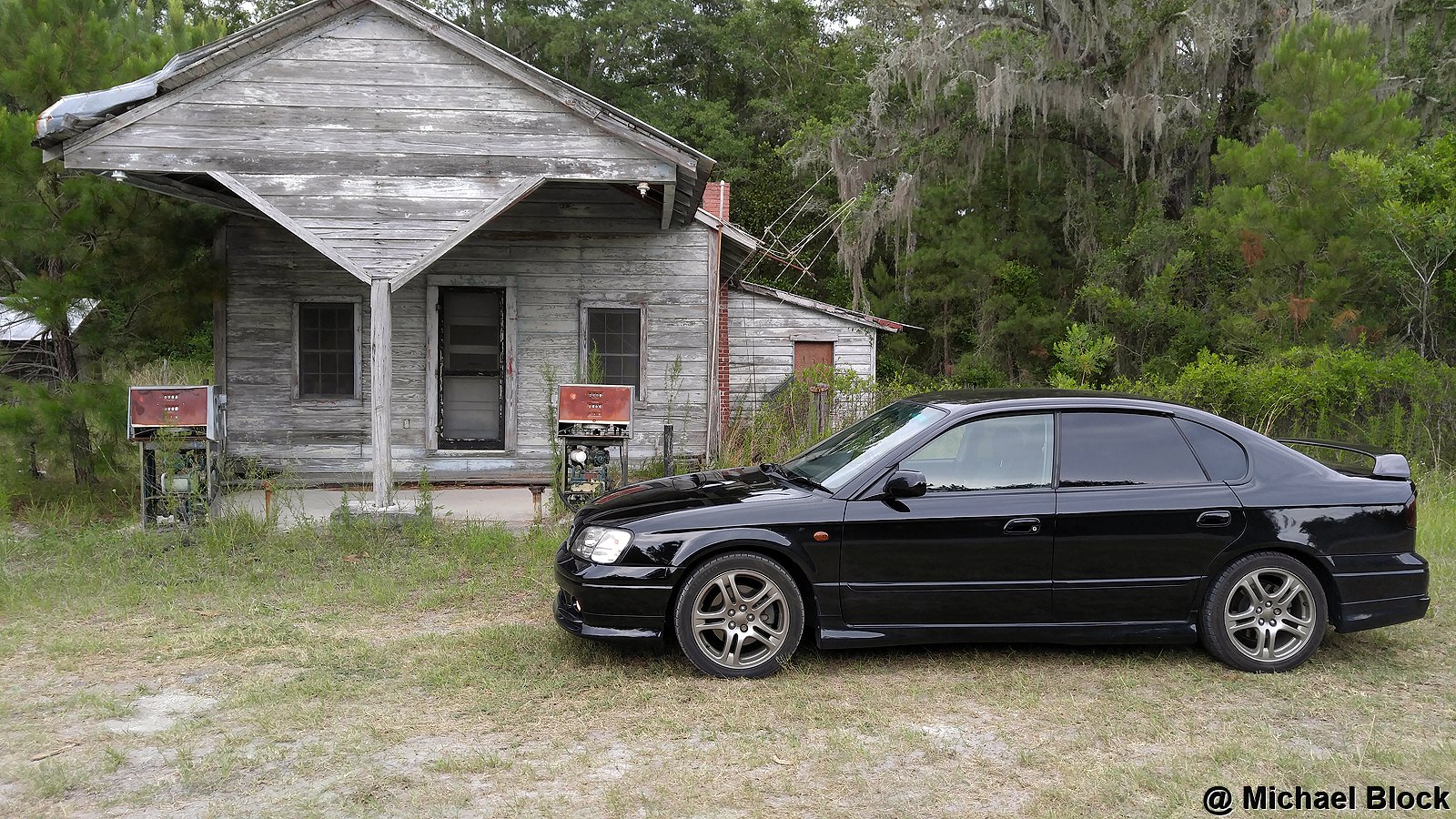 Through Georgia, US 441 is a scenic and historic highway (also, hello officer!): 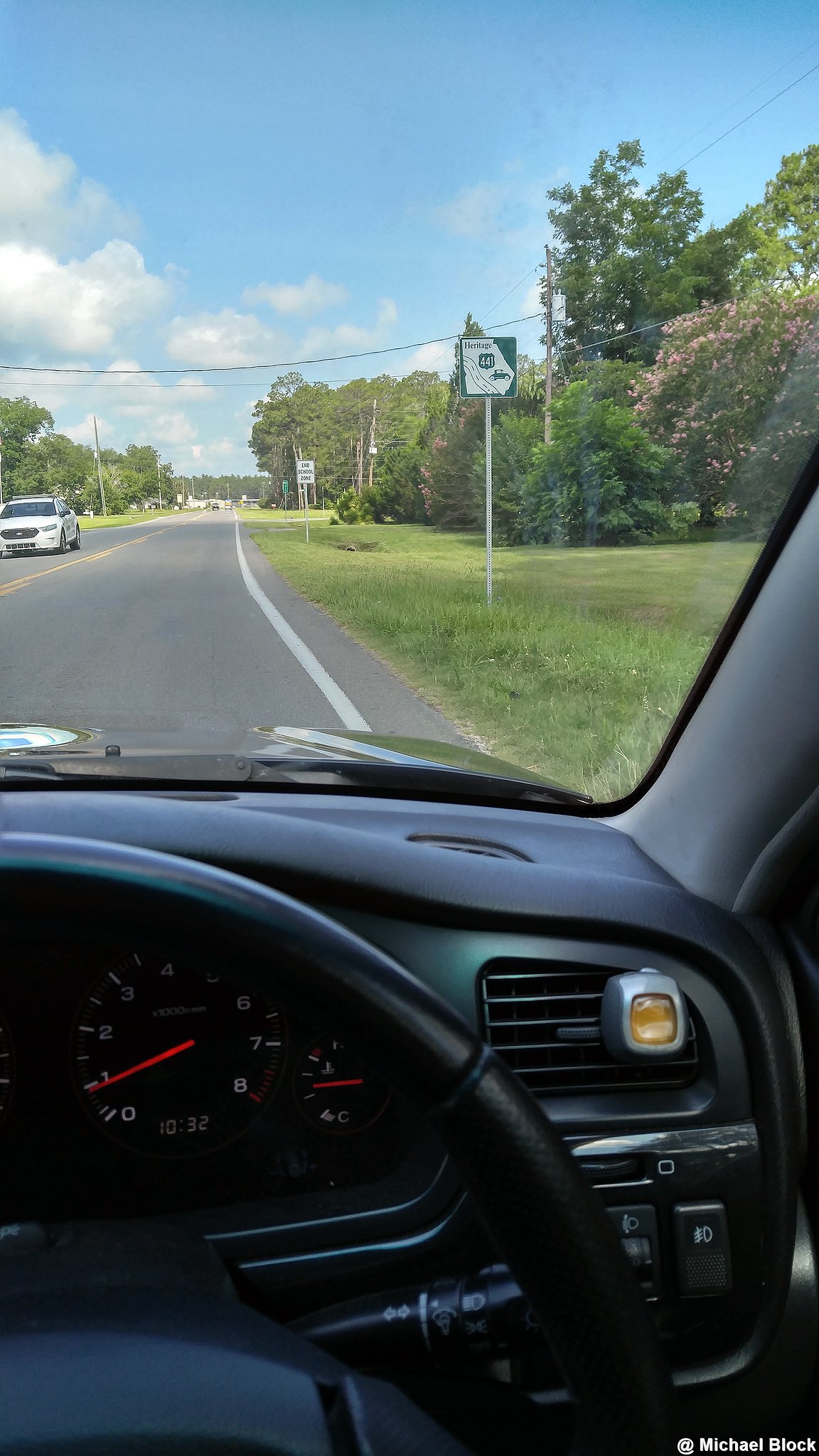 On the scenic parts of US 441 on the border between North Carolina and Tennessee: 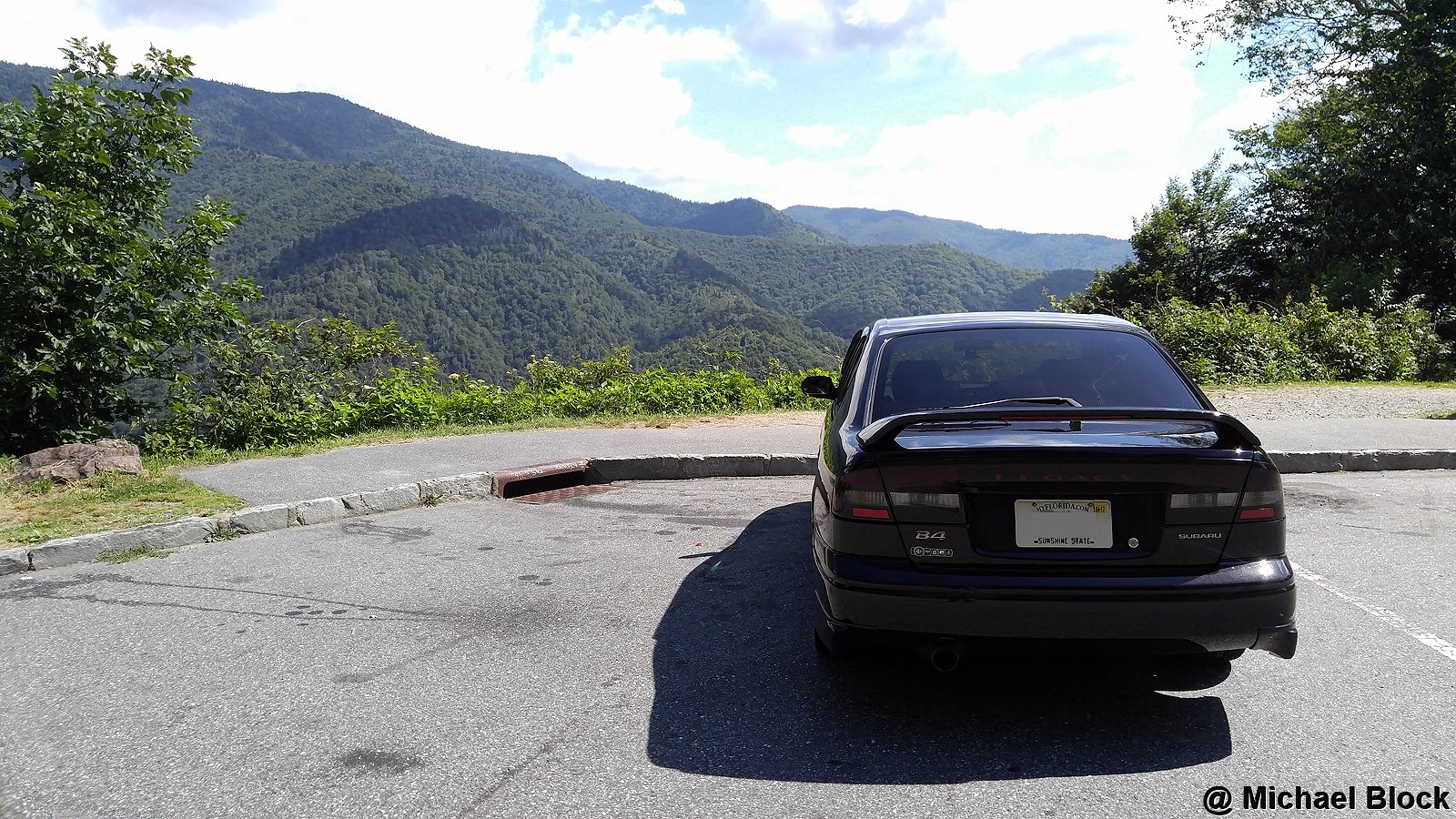 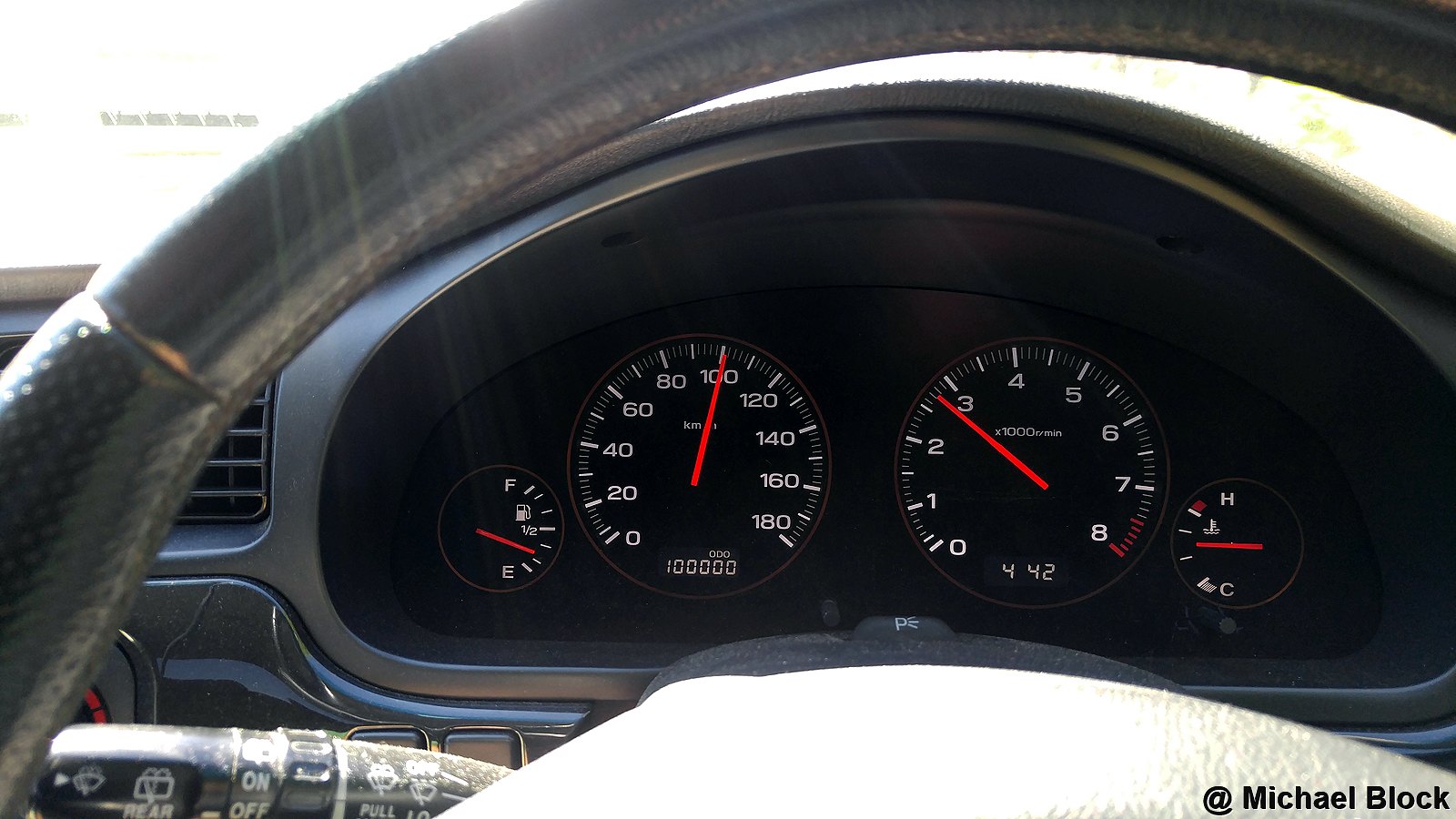 It was the best vacation and road trip of my life, and I'm planning another even more grandiose one hopefully in the next couple years!
2000 Subaru Legacy B4 RSK

Glad you had such a great time!

I'm pondering a relatively epic road trip myself, but it wouldn't take place until summer of 2018.
Josh

That looks like a blast. I plan on doing similar one day. How did you keep the car so immaculately clean the entire way? Did you keep a clay bar and wax kit with you?
93 Touring Wagon (EJ20G 5spd Swap) -- Finally back and running strong as ever!

I actually only ran the car through two car washes on the trip. One on the south end of Georgia and one when I got to Nashville. I actually have video from my dash cam somewhere of the car going through the car wash in Nashville at the hands of the personnel there and them flipping out over it being right-hand-drive.

Tony, I can't promise anything about making it to the Mega Meet next year. If I think I'm gonna go I will let you know.
2000 Subaru Legacy B4 RSK

Thanks to Photobucket's assholery, I've decided to download all my worthwhile pics from Photobucket and upload them to Flickr instead and slowly update all the hotlinks throughout this thread.

I still have Okichi, of course. In fact, she's my only transportation right now as Hurricane Irma is predicted to make landfall in Central Florida tomorrow, thus I don't have a press car this week. Don't worry, she's safely secured in the garage with a full tank of gas.

As for how she's doing, she's running fine, but she has gone from being a 10-year-old car to a 17-year-old car

. The fuel gauge is currently going haywire; I'm assuming one of the sending units is shot, so I just got them in from Japan last week and will put them in soon. Right now I'm just going by mileage on the tank so I don't run out. Also, I'm gonna hafta replace my second OEM coolant temp sensor in 5 years; she's starting up and going straight to warm idle and she's really grumpy when she's cold.

Also, since last summer, I've hit both an opossum in the middle of the road (which cracked the front lip and took some paint off) and an armadillo in the exact same spot on the bumper (which did the same damage x5). So I found a GT-B bumper with a lip in Blaine, WA (so it made about as long of a journey as can be made across the USA

), and had it painted and then I installed it.

But other than that, she still serves me very well and hopefully will continue to do so for many more years.

Here's my two most recent Instagram pics of her: 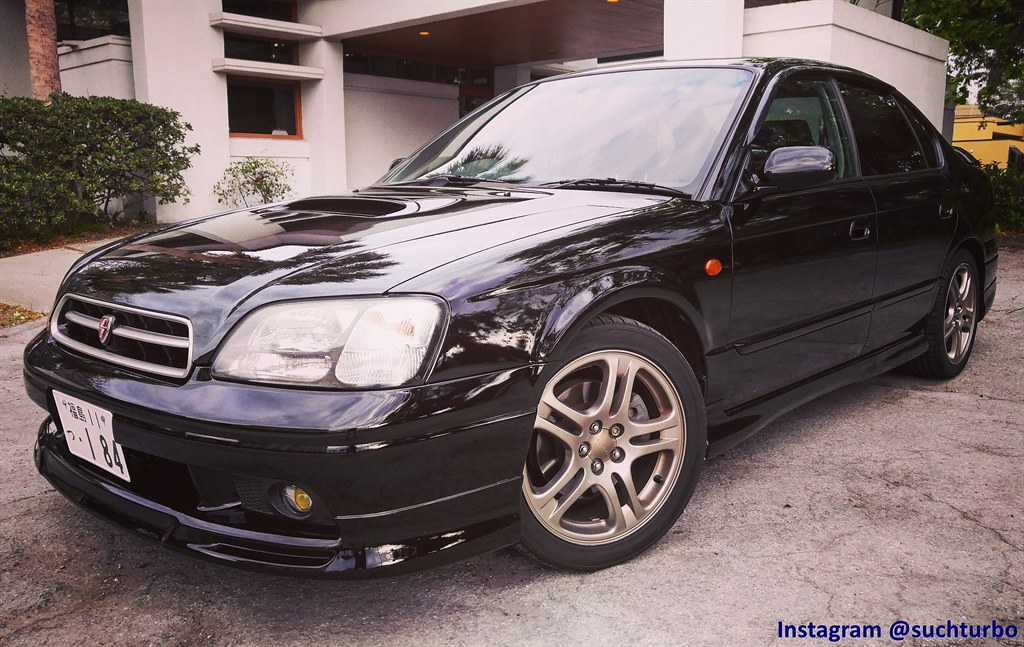 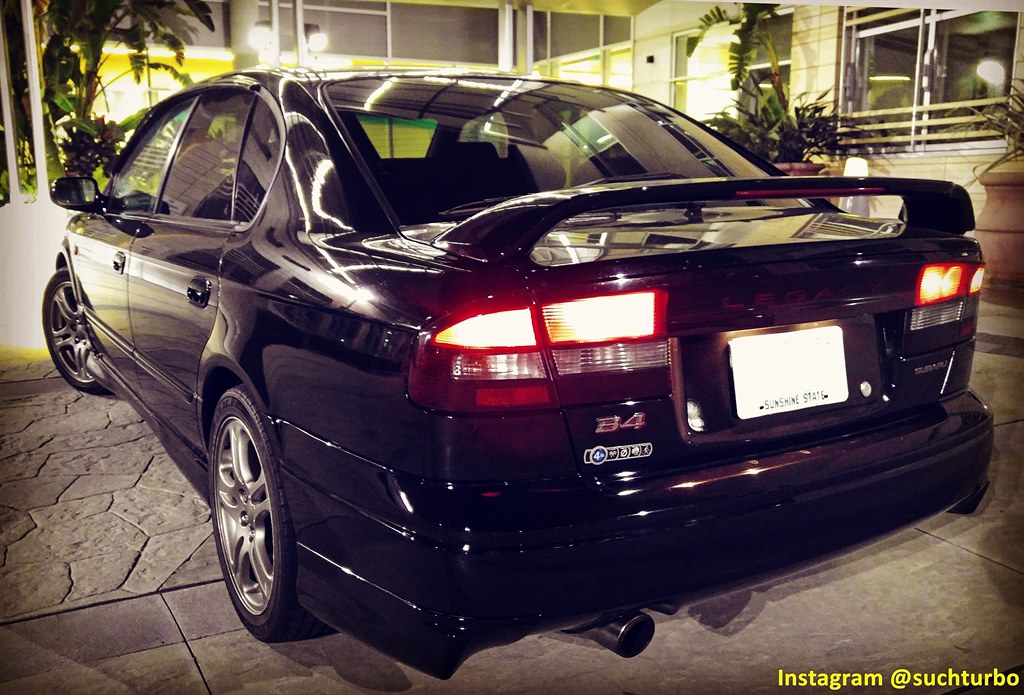 Quick shameless plug: you're welcome to follow me on Instagram as I post pictures there of my general life activities plus lots of pics of Okichi if you want to see how she's doing

Car looks great, as always.
It really is sad that enthusiast forums are falling by the wayside. Especially with the knowledge base like we have here on the BBS. I hope it never goes away.
93 legacy wagon L, 22T swapped (TW imitator) now with five forward speeds. (Gone, but never forgotten)

I'll update this thread one last time... I'm just a little more than two weeks away from 35 and life is just getting too busy to devote to online forums and social media anymore.

So, for the past few months, Okichi had been occasionally throwing a code for a knock sensor. That infuriated me to no end, because that is unequivocally the hardest sensor to replace on the entire car, if not any Subaru ever made.

So, off came the intake manifold: 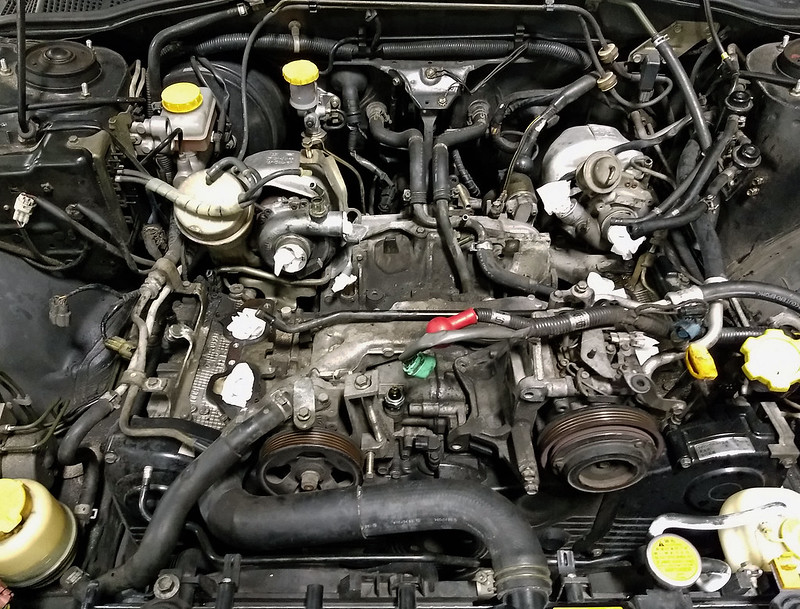 I stripped it and tossed it in the parts washer: 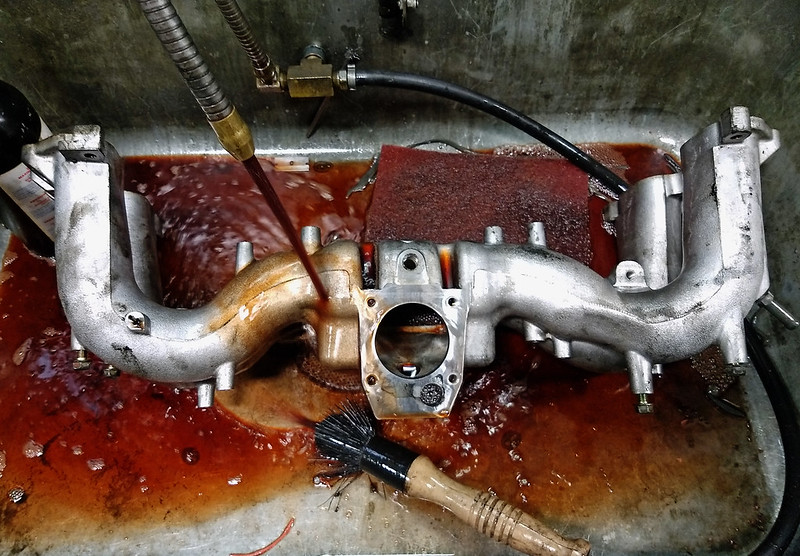 Then I reassembled it: 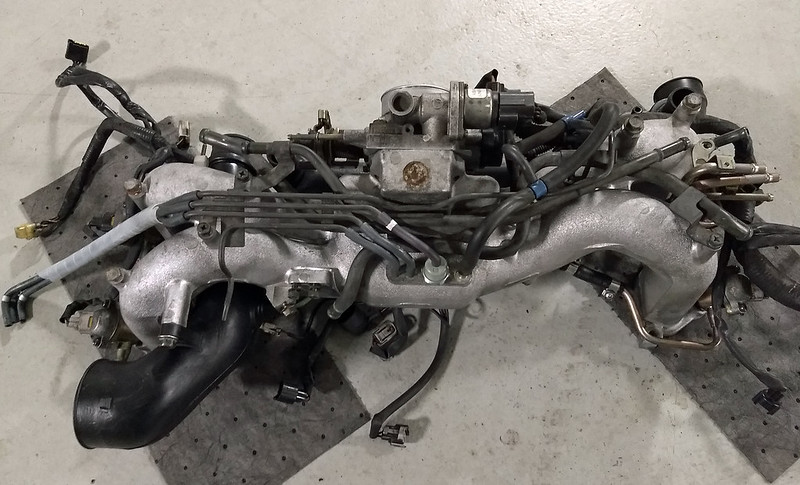 Beforehand, I had a set of the same yellow 550cc side-feed injectors out of another EJ208 manifold I bought used, and I sent those off to RC Engineering (per the recommendation of Josh/Legacy777 from a thread on this forum LONG ago) to be cleaned and balanced and blueprinted. Those were then put in place of the old injectors.

I also had a BEWILDERING amount of brand-new OEM vacuum and PCV hoses, T-fittings, and a new intake tube sent in from Japan (which was NOT cheap, lemme tell you) on the assumption that it was all going to fall apart in my hands being nearly 20 years old. The only thing that ended up actually coming apart was the PCV tree off the block, but it all got replaced anyway. It was a painstaking process taking massive amounts of pictures and ensuring that every hose went back into the exact same place and connected to the exact same connectors as before I disassembled it, but I managed to get it all done on a slow Saturday afternoon at work.

With the help of my master tech at my dealership, we reinstalled the refreshed intake manifold after the new knock sensor was in place, and then, once I knew she was screwed back together tightly and running properly...

... I mounted some snow tires on SG Forester steelies and took her on a winter road trip!

I finally met three of the guys who've I've previously podcasted with in person, James from Crank Journal, Cam from the Cammed and Tubbed Podcast, and Joe from various podcasts such as Just Cool Enough and a frequent guest of Crank Journal himself! 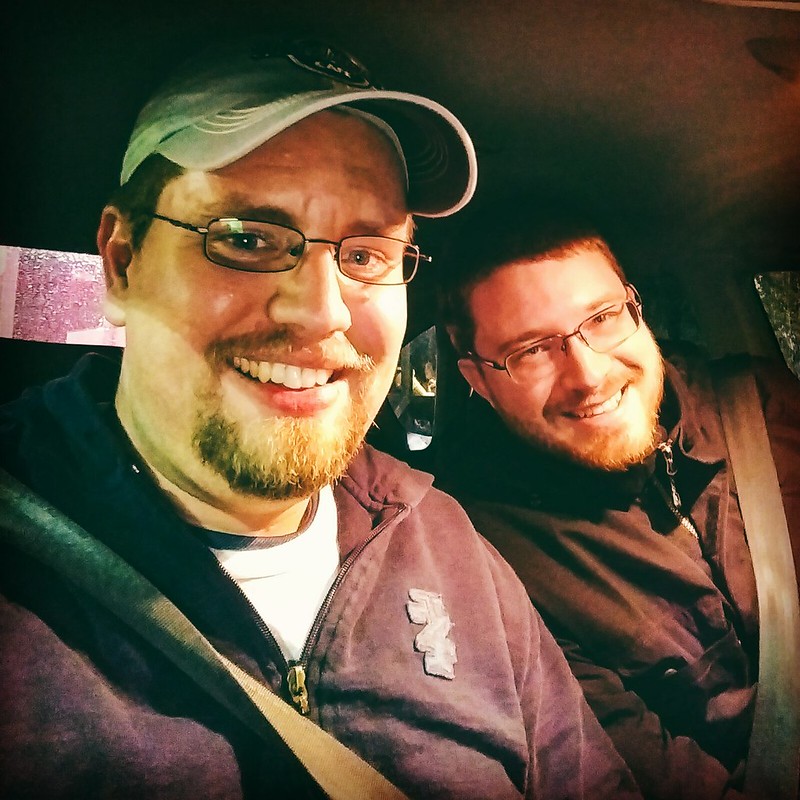 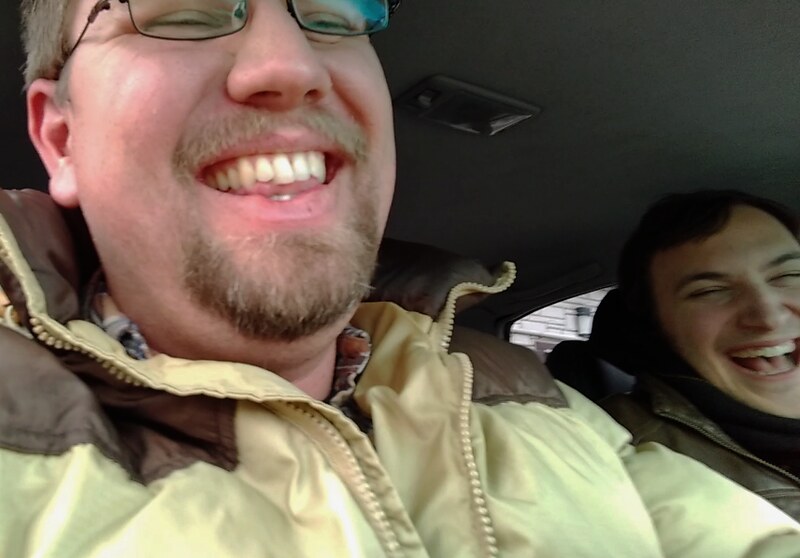 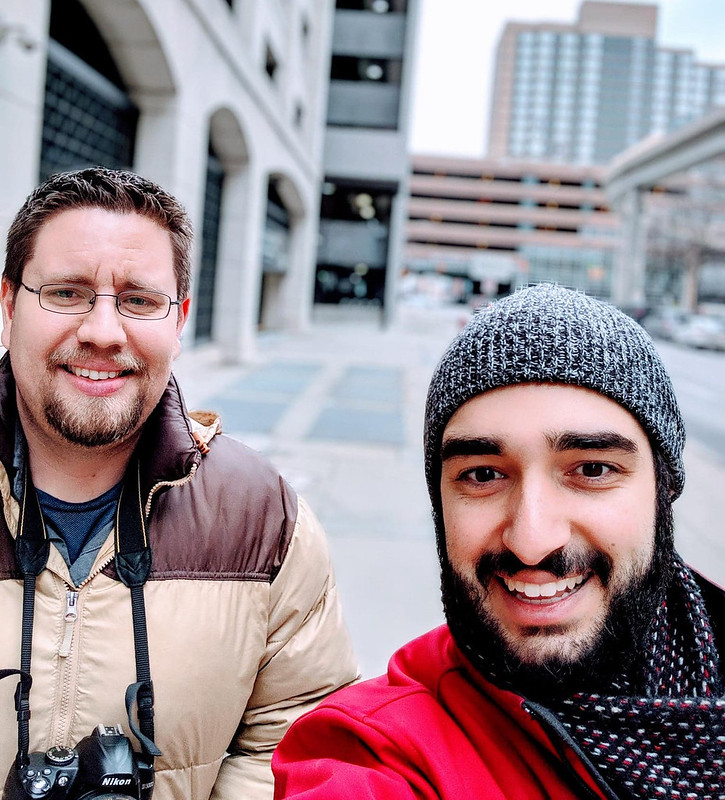 I randomly snapped a few pictures as I drove through the East River Mountain Tunnel in Virginia and on the bridge over the Ohio River as I crossed from West Virginia into Ohio: 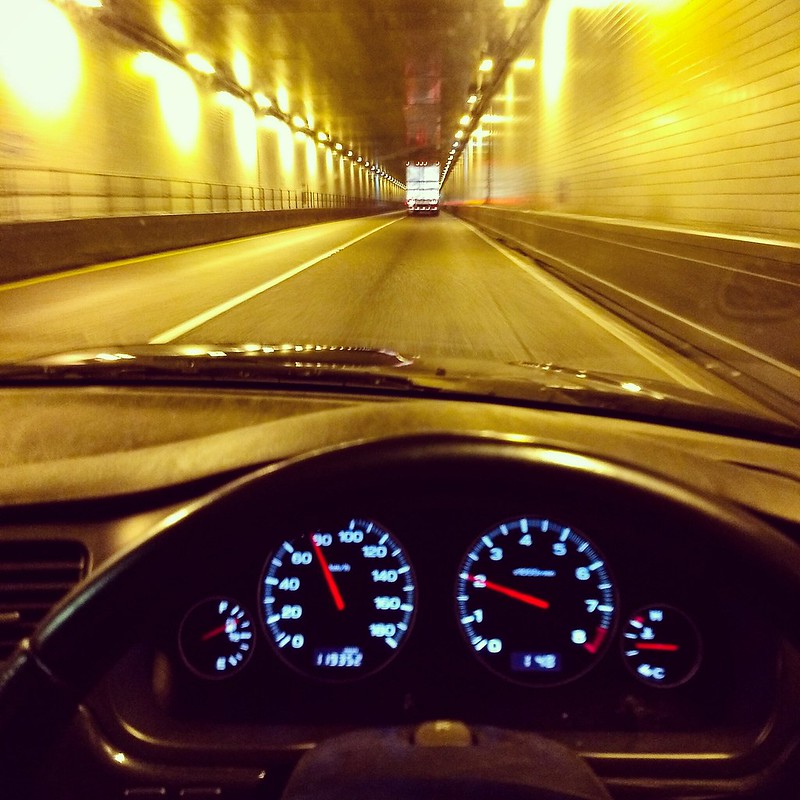 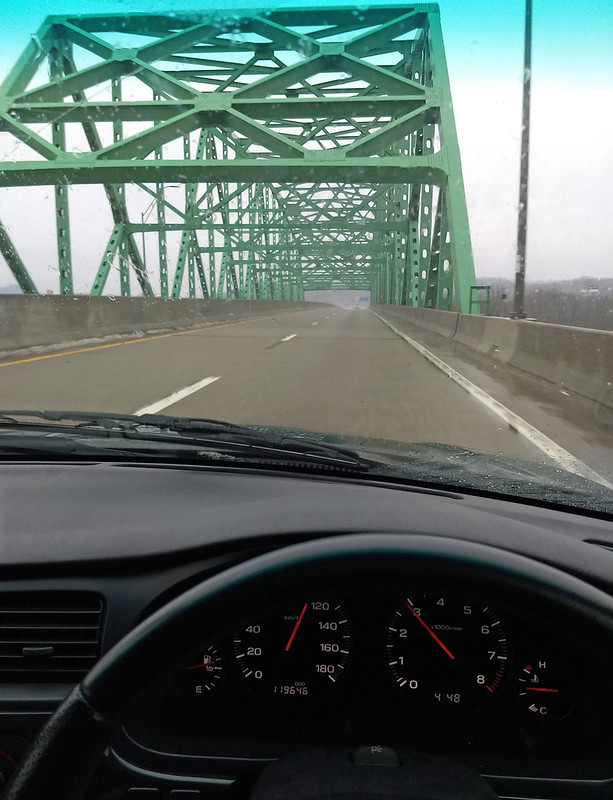 I, being a Florida native, had also never actually SEEN snow in person before, so Okichi and I both had that experience together! This is her parked at Cam's house in Cuyahoga Falls, Ohio after an overnight snowfall (that's his SUPER rare SN95 Mustang Cobra Mystichrome in front of it!) 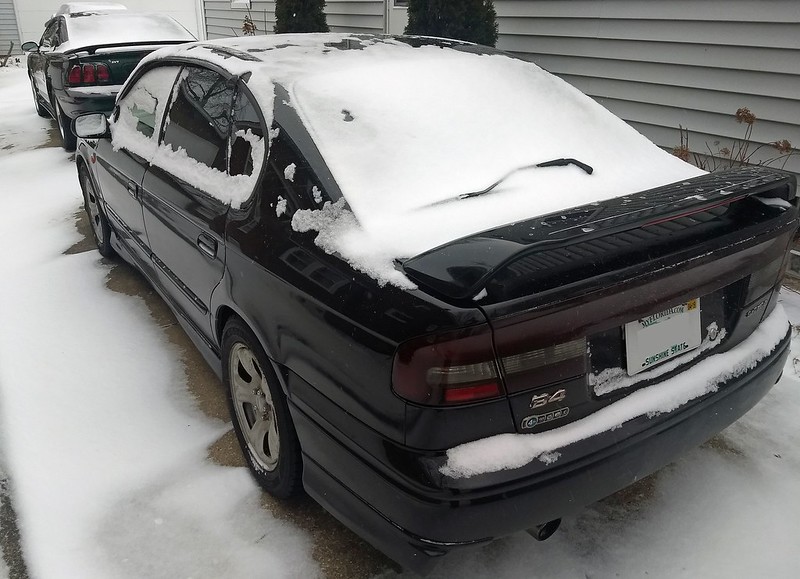 This is her parked in some Midwest slush outside of the Ypsilanti Automotive Heritage Museum in Ypsilanti, Michigan (where the Chevrolet Corvair was assembled): 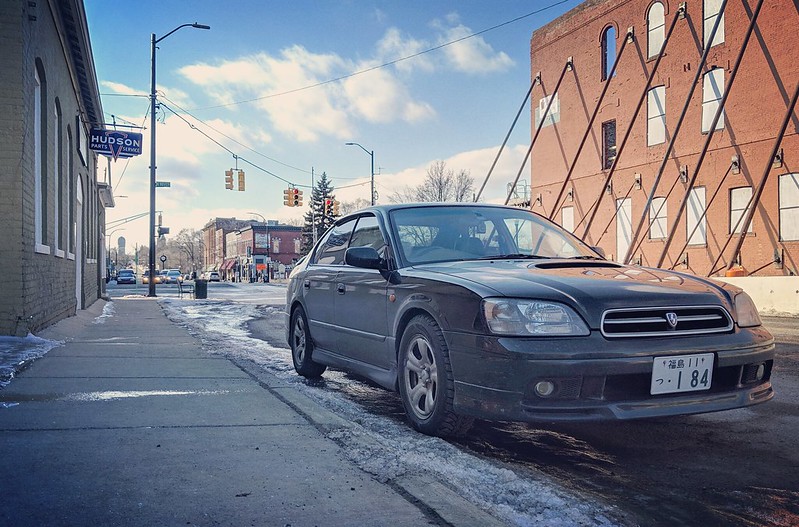 She saw some pretty serious winter weather on her trip, and as cars do in Midwestern winters, she got covered in snow and salt: 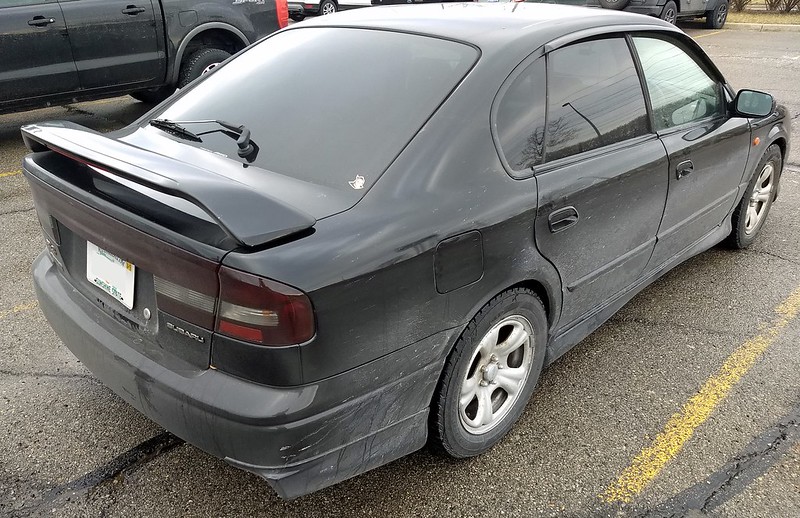 But don't worry. Once the trip was over and I got back to Orlando, she got the most professional detail I have ever given any car I have ever owned... a detail on a level more commonly reserved for exotics like Ferraris and Rolls-Royces: 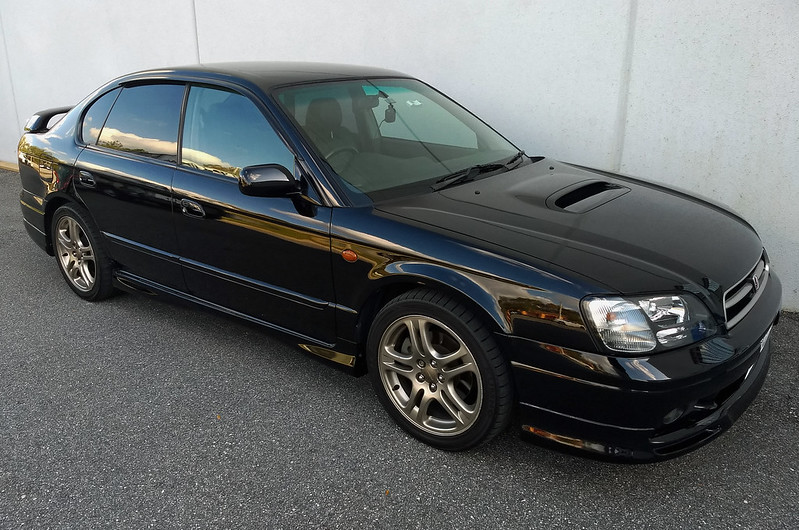 It was an amazing experience to take what still may be the only Legacy B4 RSK in the United States of America on a winter road trip across the country (from my starting point in Orlando to as far north as Detroit!) and meet some friends along the way, and I'm glad that the car is just as ready for another road trip as it was before I began this one! 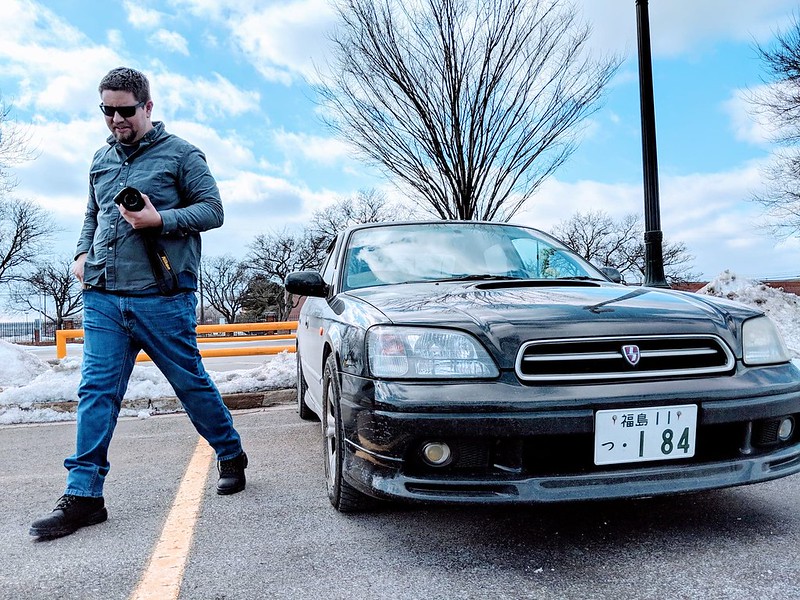