I know there's been some absence of my presence to the forum. I guess I don't have much other of an excuse other than I'm always so busy. 8 months out of the year I work 70-90 hrs a week.
This place still holds a spot in my heart and I will always be grateful for the vast knowledge I've gained through this site.
Some day I will put the effort in and unload a mass update on my projects , particularly the legacy, but for now I thought I would drop in and share a few things I've been up too.

April 2019 - Subaru started releasing some more info about the s209

May 2019 - I began piecing together, after extensive research, how Subaru would be distrusting the s209

July 2019 - I learned of 2 Colorado Subaru dealerships possibly receiving the s209. I made contact to both and was put 6th in line at one and 24th in line at another, meaning people were already in front of me to get a chance at purchasing, and if the first five all said no, I'd be next in line.

At that point I realized it really was just a dream. The chances of acquiring such a car are slim to none. Even so, at this point Subaru still hasn't released production numbers or pricing.
I gave up and I decided to buy a 2019 STi Limited instead.

September 2019 - Subaru announced pricing and production #'s for the s209

September 30, 2019 - I've been signed up for updates on the s209 through Subaru of America.
I received an email at 8am MST through notification on my phone from SOA telling me that a certain dealership may receive the car.
At 8:05am I make contact to dealer, they aren't even sure what I'm talking about but take my name and #.
At 8:15am I get a call back from the dealer, they've just received email verification from SOA that it's happening. Dealer informs me that there phones are ringing off the hook about people inquiring. They let me know I need to immediately put a down payment, and I do so right then over phone. They tell me they will call back.
At 8:30am The dealership calls back and says "you have no idea how many people just got pissed off, we've had 100 phone calls" , they proceed with info for the buyers order.

October 2019 - I have confirmed emails from SOA of a buyer's order and estimated time of arrival for the vehicle.

November 2019 - SOA emails a created VIN for the vehicle and it's leaving Japan.

Late November - SOA emails the vehicle is in North America in transit to a train, then to a truck, then dealership. 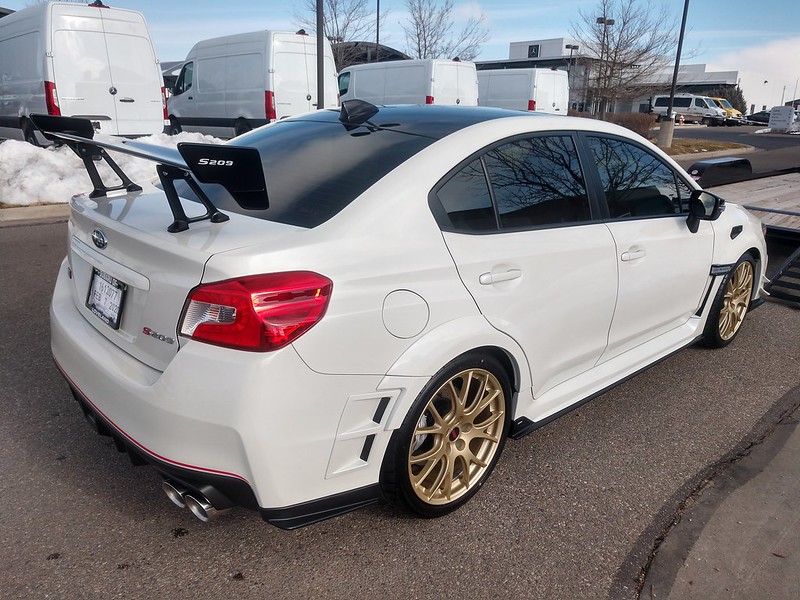 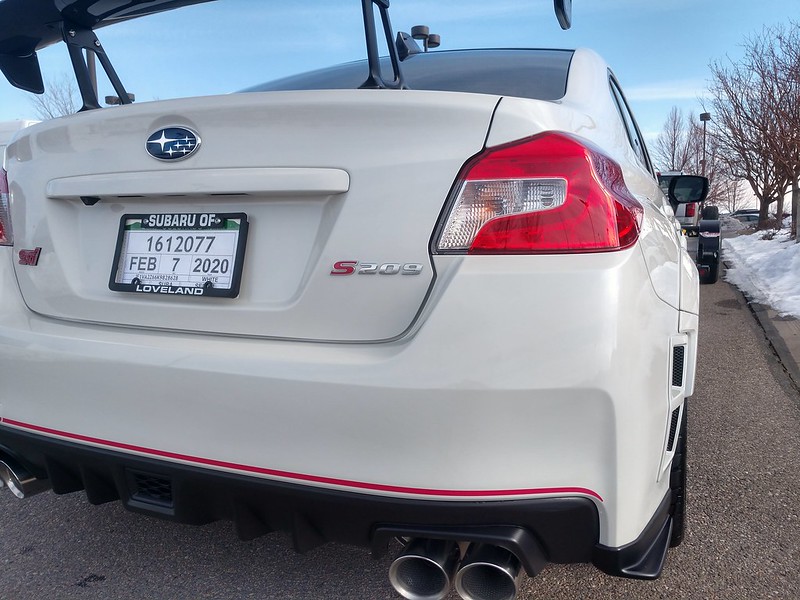 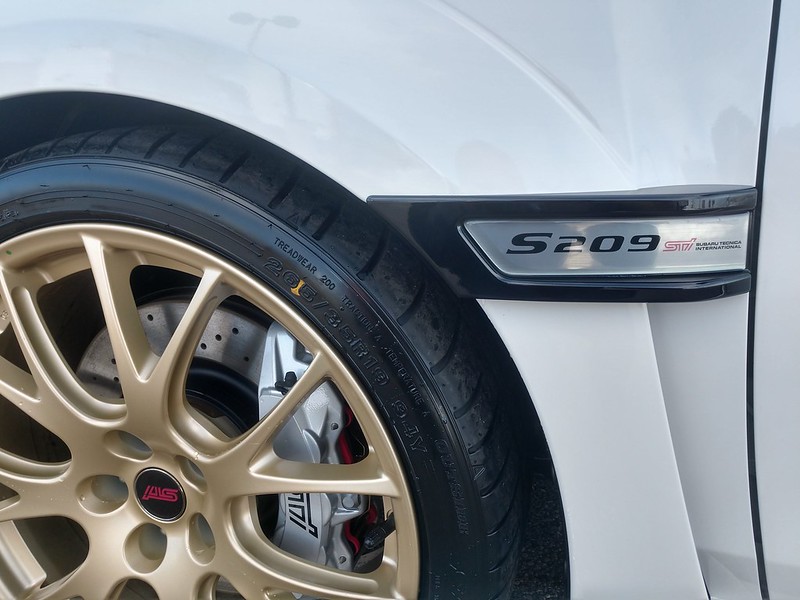 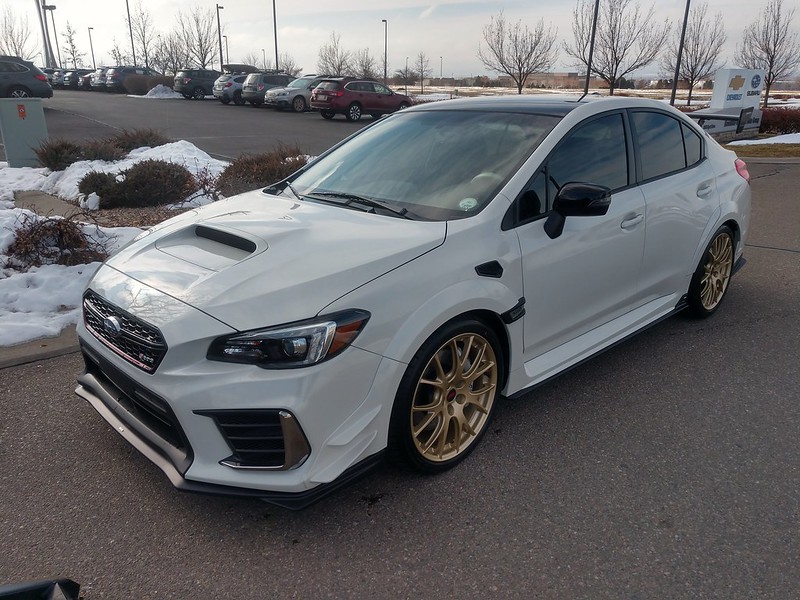 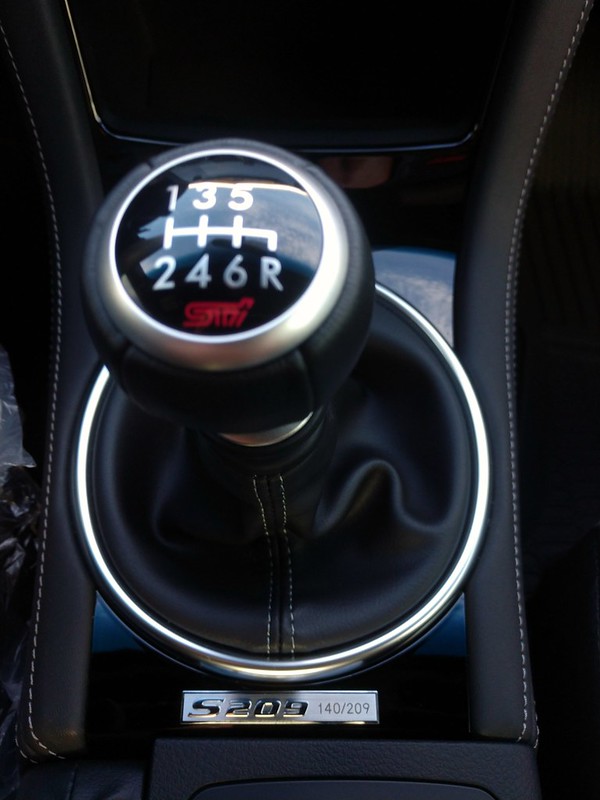 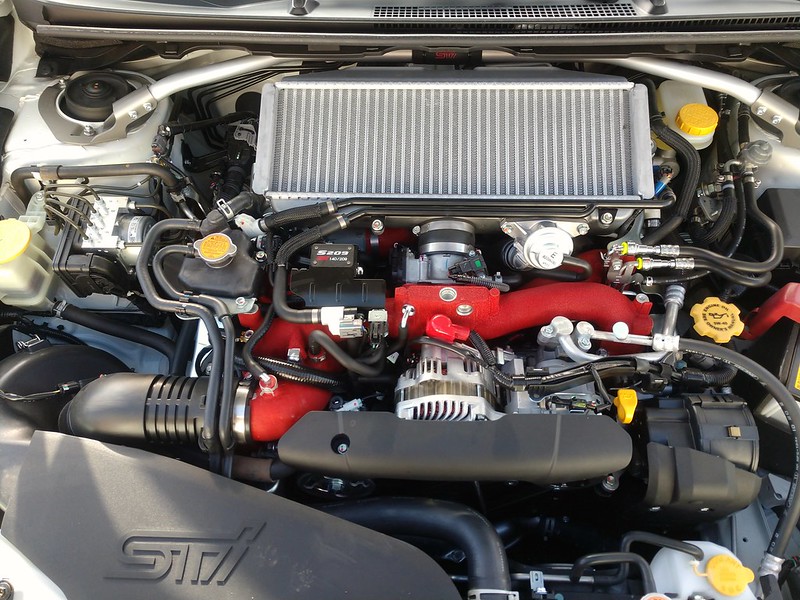 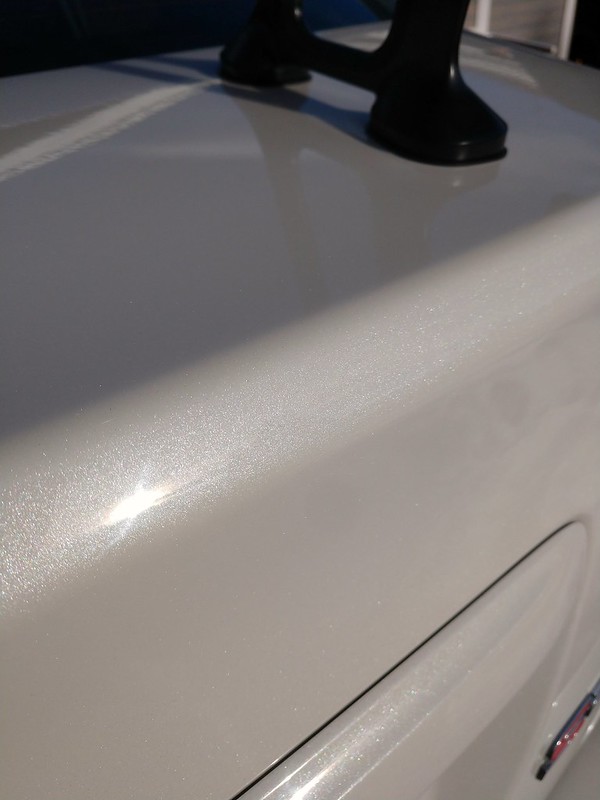 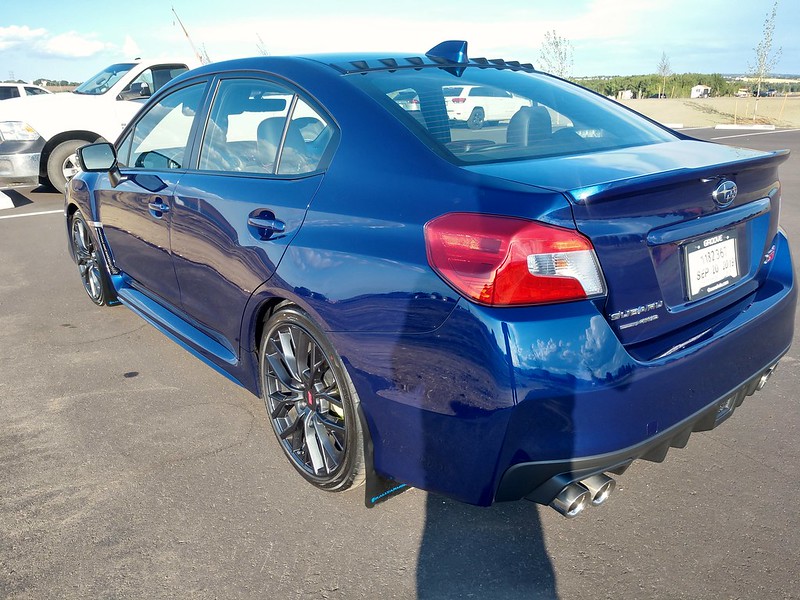 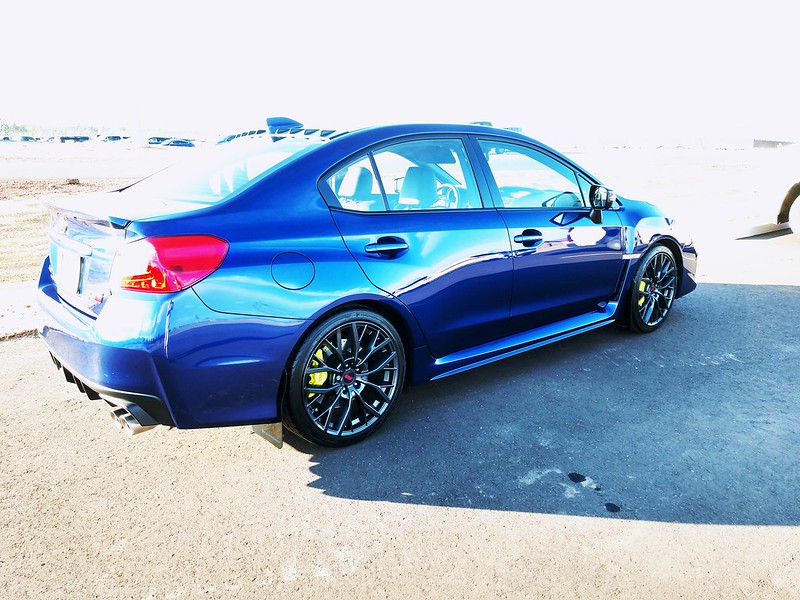 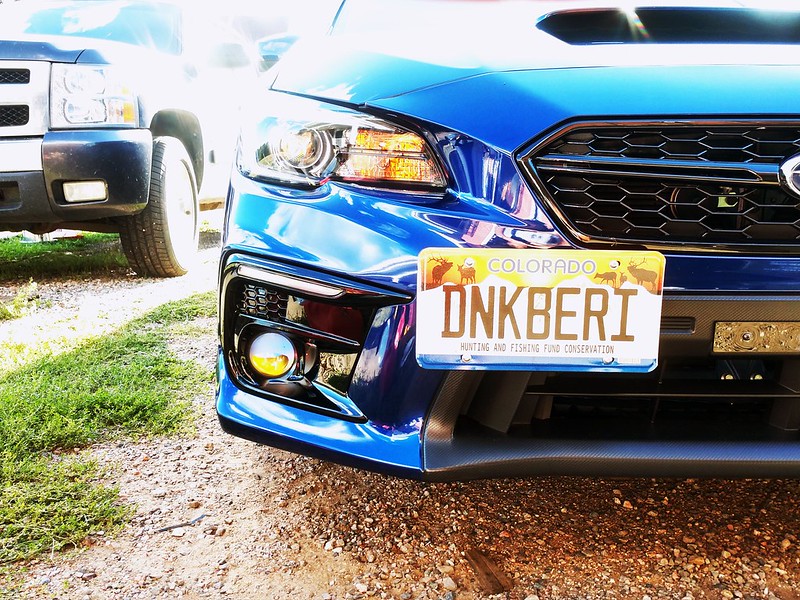 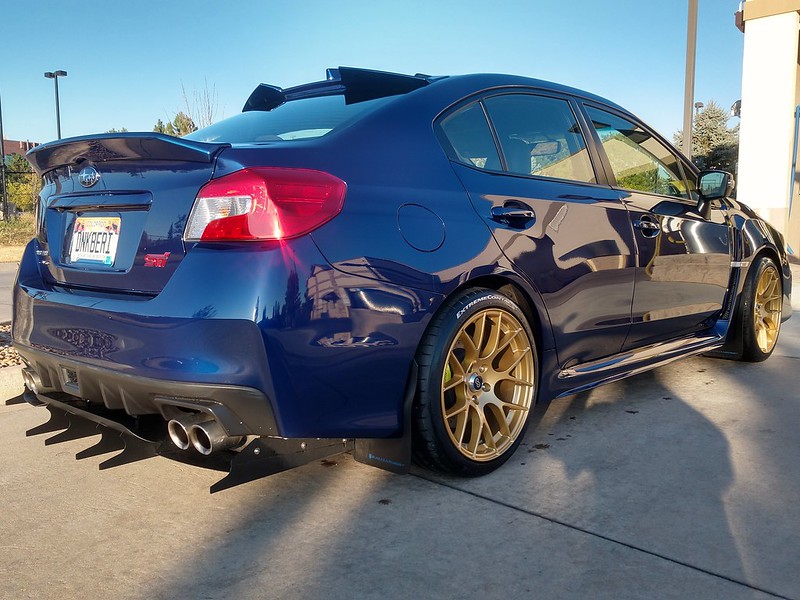 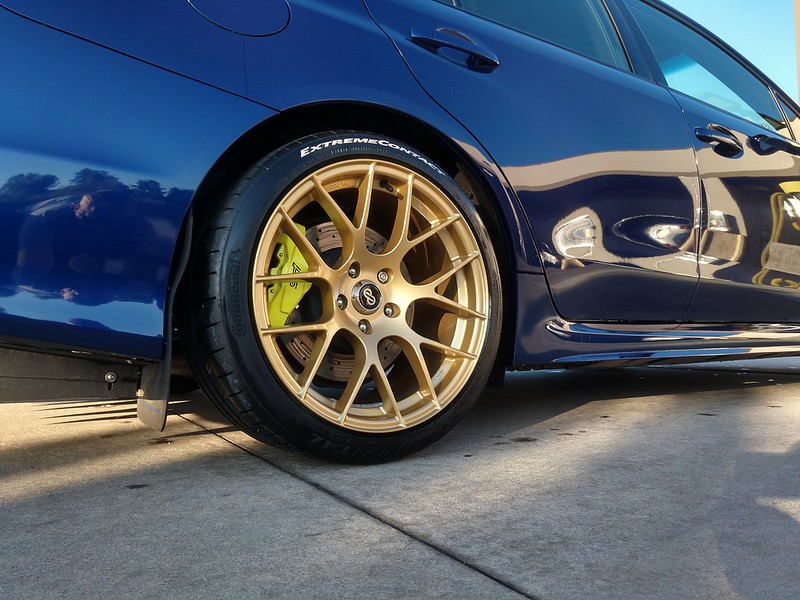 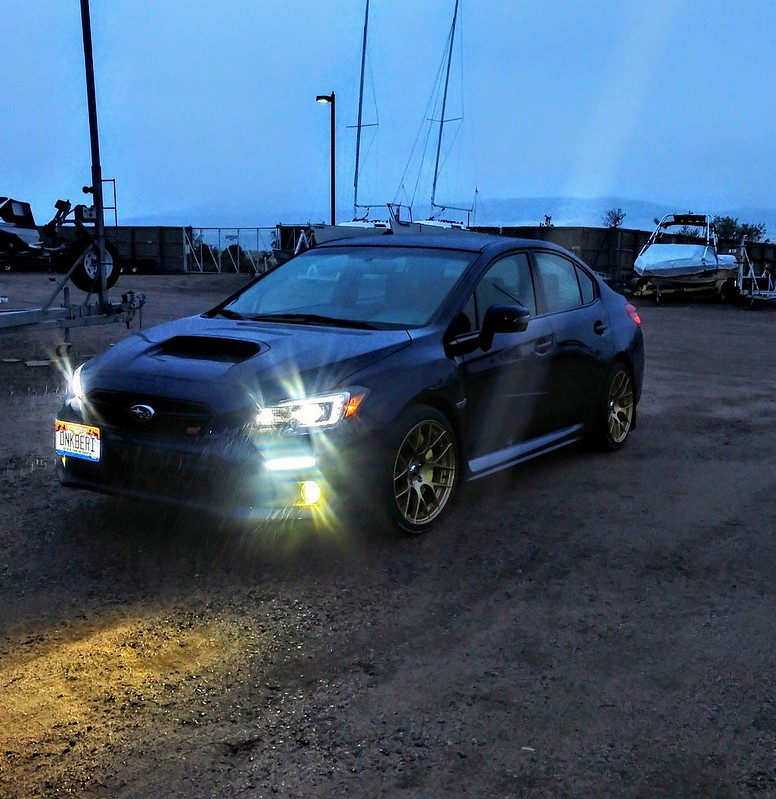 Pretty crazy having this s209. Arguably the rarest production Subaru/STi ever made. In all honesty I'm scared even driving the thing lol, but damn is it a sight for sore eyes..
Last edited by dankberries on Fri Dec 13, 2019 4:28 am, edited 2 times in total.
93 impreza rally muffin
93 legacy ss Tarmac Terminator
89 Nissan 240sx sr20
90 Nissan 240sx 2jz

That is really cool! Can you compare/contrast it to your 2019 Limited?
1992 Legacy SS 5mt, build in progress

I haven't had enough seat time to give a detailed answer. I'm also trying to take it easy for a bit (low boost, low revs) on the new motor.
I can say right out the bat it's VERY responsive. Wow can you feel every bit of the road. Stiff suspension, wide tires, steering like a gocart. Lots of road noise. It's definitely built for the track.
The Limited STi was the most responsive steering I've ever felt in a Subaru and this s209 has taken it a notch higher. It's border line unsafe for an inexperienced driver. Someone unknowingly could over correct with that steering ratio. Not positive but I think it's 13:1.

What are your plans with the car? Are you going to just drive it on certain occasions or will it be your primary means of transportation?
Josh

Legacy777 wrote: ↑
Fri Dec 13, 2019 7:14 pm
What are your plans with the car? Are you going to just drive it on certain occasions or will it be your primary means of transportation?

Honestly having mixed emotions about it. I thought at first I'd use it as a main mean of transportation, mostly summer time. Though after the little driving I've done I'm having a new found paranoia. I've come to realize if something where to happen to the car, like a collision, that maybe it. It's not like parts are readily available. It's one off.
I'm also realizing the value of the car could be more than what I've paid and prophet could be turned.

Tuff call. I'm sure most of them will be garage queens. I really believe the car should be driven how it was intended.
93 impreza rally muffin
93 legacy ss Tarmac Terminator
89 Nissan 240sx sr20
90 Nissan 240sx 2jz

I hear you....even with my old Legacy I don't drive it much any more. I need to look into a stated value insurance policy. But even then....any little damage would likely "total" the car and there are not parts available.
Josh

Interesting fact, the s209 was originally slated to be called the 25B, and was badged as so on prototypes, but later was decided to be in the "s" series family for a better marketing selling point.

I don't think I could bare sitting on this thing that long and not driving it just too see it's value increase, similar to the 22B.
Additionally given the rate of inflation and overall value of the dollar , in 20 years its likely a wash.

However, I've seen two of these s209's sell for $100k in California, and upwards of $15k over what I paid locally.
Knowing this makes it tempting to possibly sell it soon for a quick prophet.
I do really love this car though, Im more leaning towards keeping it. I just wish it wasn't winter in Colorado and I could drive the damn thing.
The manual specifies not driving in temperatures below 40 degrees with OE equipped tires, which are high performance track/summer tires , and exclusively made for the s209.
At that rate it's going to be until May before I can drive it lol.
93 impreza rally muffin
93 legacy ss Tarmac Terminator
89 Nissan 240sx sr20
90 Nissan 240sx 2jz

Well....maybe it can just be a car to drive every now and then.
Josh

Congrats on nabbing one.

Not asking for $$, but did the dealer add a healthy profit to the sticker? Kinda like when anything rare 1st comes out. Ford dealers are notorious from what I've read.

Regardless, unless money is a consideration (and based on this post I'd guess it's secondary) I'd wait 'til the sand, gravel, potholes, etc. are no longer a concern (if you get a winter like last year, that may be July!) and give it the pedal. (Although it's kinda built for those conditions!) Hate to miss out on a chance to enjoy that.

Also, does that paint protection film actually work if applied on the lower portions? We've added to the front hood, fenders, headlights, mirrors of our last 2 SUVs and seemed to do the job....we live in N. Idaho. We go thru windshields about every other year (OK...not quite).

Not asking for $$, but did the dealer add a healthy profit to the sticker? Kinda like when anything rare 1st comes out. Ford dealers are notorious from what I've read.

Also, does that paint protection film actually work if applied on the lower portions?

The car went in for xpel paint protection as soon as it arrived to CO. Hood , bumper, fenders, mirrors, and door handles.

I absolutely plan to take this thing to a track at some point. Selling it would have to wait until after that point.
93 impreza rally muffin
93 legacy ss Tarmac Terminator
89 Nissan 240sx sr20
90 Nissan 240sx 2jz