I already had this C&P'ed for posting somewhere else so I figured I might as well share it here for your entertai... I mean, enjoyment

For no other reason other than I'm a goddamned lunatic, I now own a 1993 Ford Spectron XL-T!

In many Eastern countries, the Mazda Bongo van proved to be incredibly popular, quickly gaining a reputation for being dependable and durable. Many other automakers wanted to share in Mazda's success, including Nissan, Mitsubishi, Kia, and Ford, and, long story short, one badged as a Ford Spectron from Japan has made its way into my driveway! 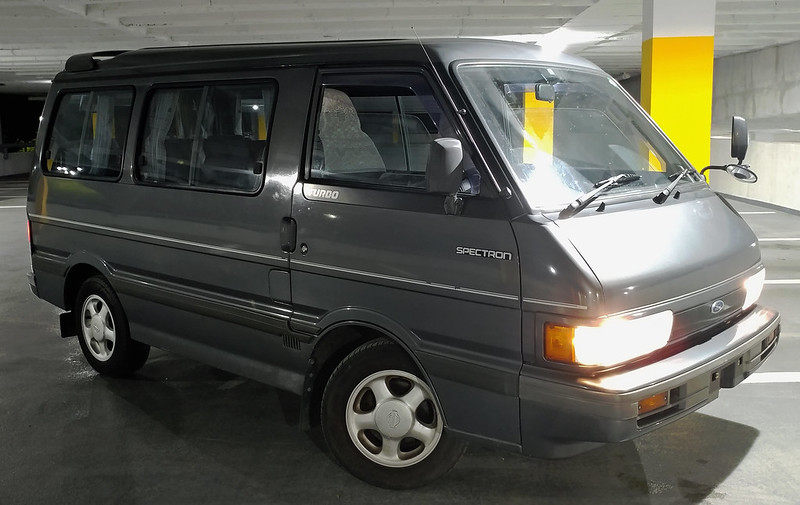 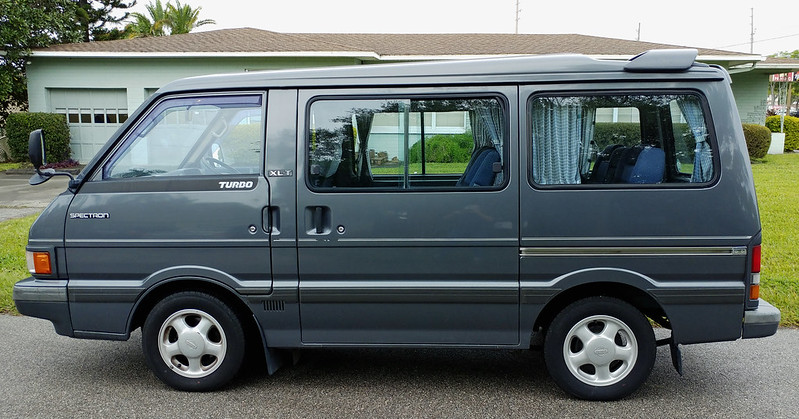 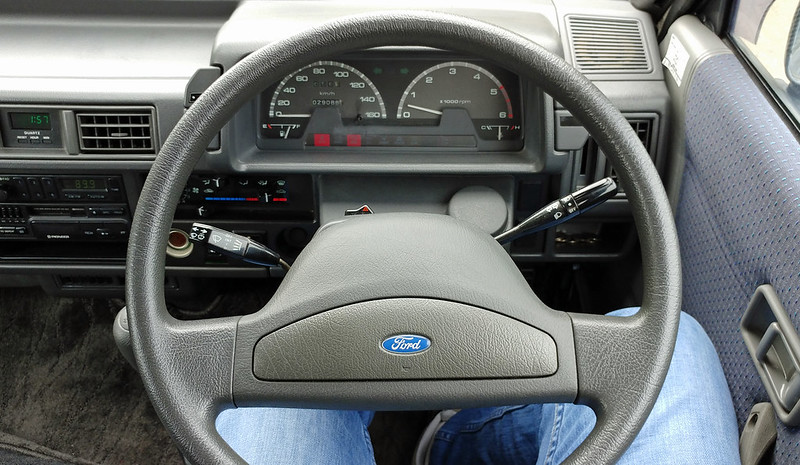 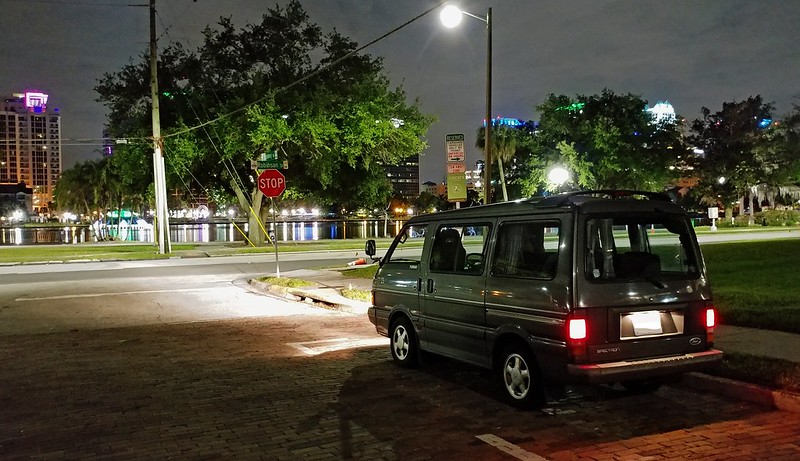 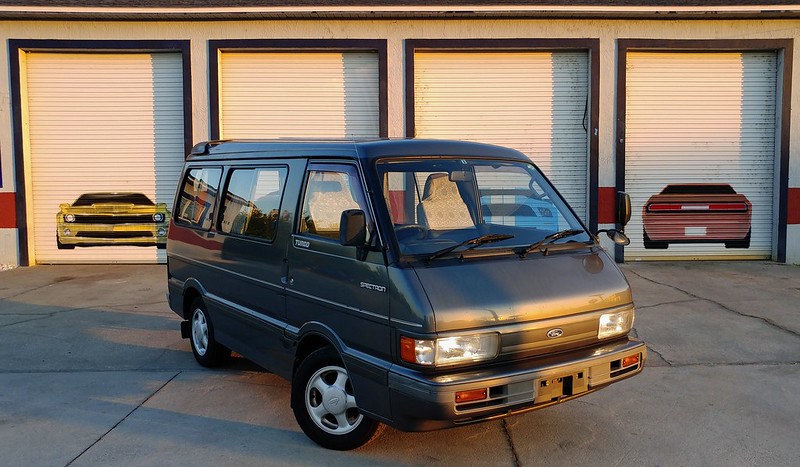 Because it's actually built by Mazda, it has a RF 2.0L turbodiesel engine making a whole 71hp and sending it to the rear wheels (some versions were 4WD) through a 5-speed manual transmission.

Oddly, the Mazda RF diesel engine did make an appearance in a few USDM cars, although they have been virtually wiped out of existence:

Parts will be a challenge, but I have over 15 years of parts experience as well as global contacts for Japanese parts... and besides, it has just over 30k kilometers on it, which equates to about 18k miles!

So I hope to have many more years of silly adventures with it!

But does it have AC?

DerFahrer wrote:Not only does it have A/C, but it has working A/C, front and rear, that's factory R134A!

Nice Rig...there are many of these older 'JDM' versions which are a tempting purchase as a minimalist camper van.

In your travels are there any models to avoid? Mitsu Delica seems common on some JDM import sites. Such as those in Vancouver, BC.

Honestly, in my experience, the two major things to watch for when shopping for 25-year Japanese imports are rust and previous accident damage/repair. It's surprisingly hard to find a JDM car that has not had at least one minor fender bender in its life.

Other than that, it's up to your personal preference. It has become apparent to me that the Japanese save their best for themselves, so virtually nothing from Japan from the late 80s or early 90s for their home market is junk, provided it's been reasonably well maintained. Delicas are great; I've driven one, and there is a beastly looking white 4WD one here in town. I've not personally experienced HiAces or TownAces, but considering how indestructible they were for the USDM market, I can only imagine how reliable they must be in JDM guise. And, aside from a lower radiator hose leak (which I have parts on the way to fix as we speak) and a fallen headliner, the Spectron has proven trouble-free for the past 2,000 kms. *knocks heavily on wood*

Well, since we're all stuck at home (I'm stuck home and laid off, no less

) thanks to the corona virus, I figured I'd post a couple recent pics of the Spectron with the new wheels and wheel covers! It's shocking that it's been a year already since I got it. 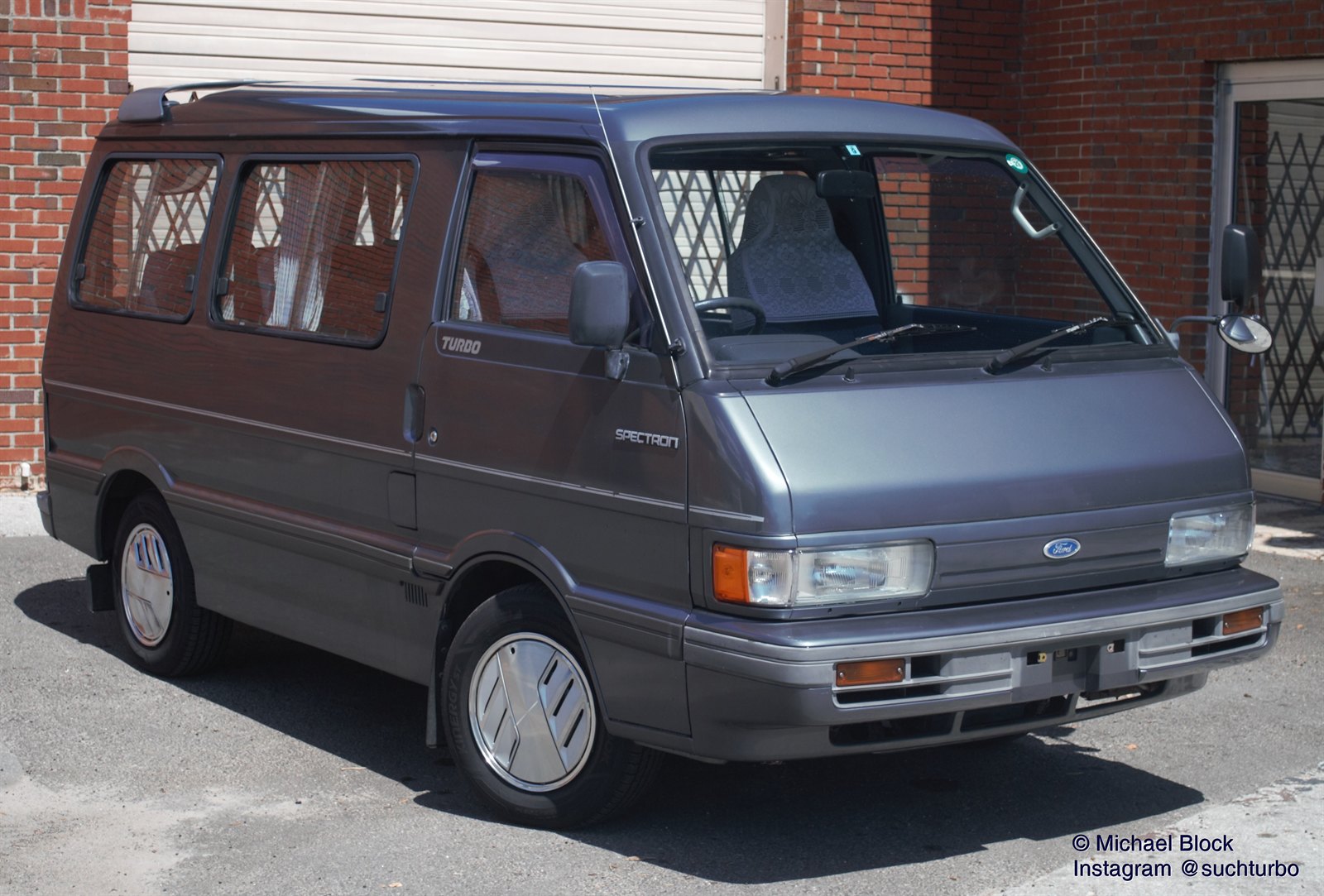 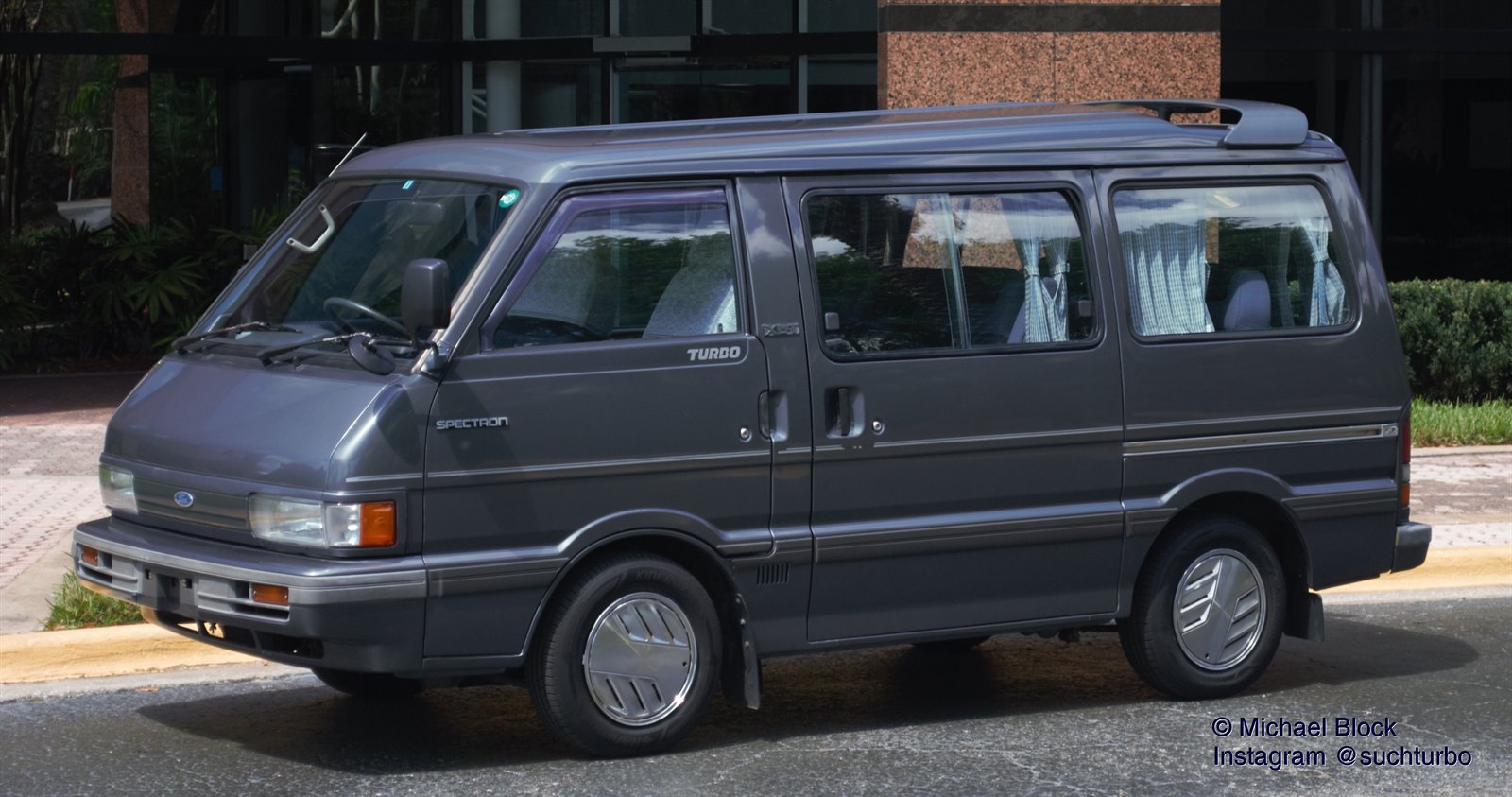 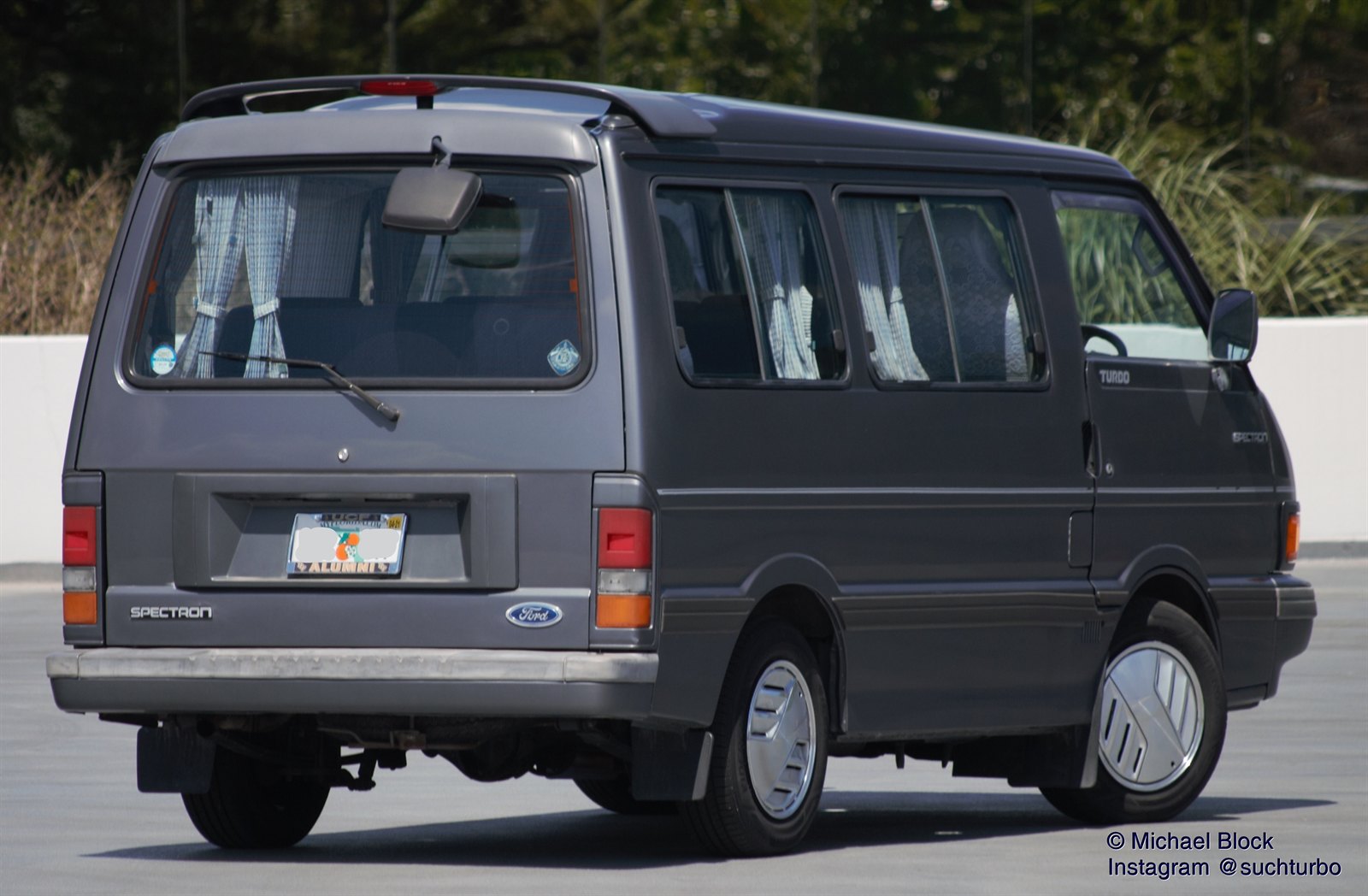 I don't think a style of wheel or wheel cover has ever worked so well with the overall design of a vehicle before.

Can anyone guess what the wheel covers are from? (those of you who are friends with me on Facebook already know and aren't allowed to play

Wheel covers= Nissan Pulsar? I haven't googled it yet.
Wait....a real Ford? Like a Mercury LN7? But you're pretty JDM, so I'd stick w/something from Japan.

No EJ swap planned for it...this thing is beyond jdm retro! Thanks for the update.
1991 Legacy SS 5-Speed

These wheel covers only came on 1983 (and apparently very few 1984) Fox-body Mustangs, mostly the base models.

I've managed to track down a complete set and I even bought the last brand-new NOS OEM Ford one left on earth!
2000 Subaru Legacy B4 RSK

I was absolutely going for the same style though!
2000 Subaru Legacy B4 RSK