I lived in PA for a while and I have relatives up there and none of their cars look like that....you guys just may get a lot more snow and use a lot more salt.
Josh

Even the '91 wagon I bought for parts didn't even have rot that bad-thought-the crossmember had rotted off-but that's expected
Legacys are like potato chips-you can't stop at one!
Top

Yeah the white wagon was pretty crazy I bought it for the engine I needed for a southern outback. I drove it about .5 of a mile from where it was parked to my house like that. (back road, no traffic, nothing to worry about there) It had a stump the dude that owned it cut off to fit between the tower and the roof, but that fell out as soon as I went to move it. On the way home It filled the whole car with tire smoke due to the massive amount of rubbing the quarter ate into the sidewall enough to make the tire explode, it was super loud in side the car. Makes for a story if nothing else.
1991 SS
1993 SS part's car, dead due to rust
1992 Legacy L wagon
1984 subaru GL wagon
1986 Brat (work in progress)
Several Air cooled VW's
Top

Would have made a great you tube hit for all of us
Legacys are like potato chips-you can't stop at one!
Top

This reminds me of the time on a group drive in northern Maine a member with an 02 outback discoverd his new car was way rustier than he previously thought. That is exactly what it looked like when I went to pick it up. With a ratchet strap it probably would have made the trip back to my house!
1991 SS
1993 SS part's car, dead due to rust
1992 Legacy L wagon
1984 subaru GL wagon
1986 Brat (work in progress)
Several Air cooled VW's
Top

Second that!
Legacys are like potato chips-you can't stop at one!
Top

So I haven't done much with this the last few months, but the other night I decided I need to get it ready for summer, as its almost here. Pushed it out of its hibernation spot and started working on the dccd controller install, I had a spare seatbelt housing in my black legacy, so I pulled that out, and sketchily gutted the seatbelts. When they say do not remove that cover they mean it. The springs are crazy strong! Anyway after the seatbelts were gutted, i took the shell, and welded it together and made a bracket to hold the controller firmly in place. I don't have pics right now, but I will make sure to upload them in the next couple updates. I went to radio shake the other night as well, and picked up the last few things I needed in install it. More to come soon!
1991 SS
1993 SS part's car, dead due to rust
1992 Legacy L wagon
1984 subaru GL wagon
1986 Brat (work in progress)
Several Air cooled VW's
Top

I actually set some time aside the last couple of days to work on this a bit. I did a couple of things that I had been wanting to do all winter, but just couldn't come up with the time. Now that is starting to get nice out up here, the pressure is on to get some things done so I can enjoy it this summer. I swapped the wrx peddles I had over, this was a very easy conversion. The clutch and break peddle pads just swapped over, and the accelerator peddle had to be modified a little. I had to cut the top side of the peddle bracket, and grind it down a bit to accept the legacy throttle cable, but it was only about 2min of work. I also wired up the dccdpro. I didn't like the connectors that it came with, so I went and looked for something that would work better. I found a connector that fit perfectly for the dccd manual button. A heated seat switch connector for a 2002 outback fit perfect. The control knob, I wasn't so lucky. I found one that I made fit, but its not 100% perfect. Other than that the install was very strait forward, I have yet to try it, but I do like having those extra switches in my center console!

Switches placed next to the e-brake

I still need to try and work on my shifter surround piece....along with a bunch of other stuff.
Josh

Long time no update, haven't been working on this much, basically just driving the heck out of it! I found a set of 2005 wrx seats and swapped them in, I'm working on a way to lower them, but haven't had much luck. I'll post more as I finish that up and have so decent photos of the project. Right now i have them sitting about half an inch lower than they normally do, but thats not enough for me. The plan was to have them reupholstered to match the stock ones, but after I did a lot of work to a friends car they seem to want to back out of the deal now..... I'm also have some issues with the center diff I'm thinking, It is binding a low speeds combined with sharp corners. I'm wondering if my DCCD pro was programed for a normal tps vs our reverse. I was thinking that that my cause this. Anyway here are a few photos.

1982gl4 wrote:I'm also have some issues with the center diff I'm thinking, It is binding a low speeds combined with sharp corners. I'm wondering if my DCCD pro was programed for a normal tps vs our reverse. I was thinking that that my cause this.

Is the Auto/Manual button lit up when at idle and parked with the ebrake off? If so, it's wired incorrectly.

Here's a video of my controller when I depress the accelerator.

Not much new to report with this, just been driving it and enjoying it. Picked up a new drop in air filter, need to do that and do an oil change soon. Also I seem to be smelling fuel in the morning, thinking I have a leaky fuel rail line...
1991 SS
1993 SS part's car, dead due to rust
1992 Legacy L wagon
1984 subaru GL wagon
1986 Brat (work in progress)
Several Air cooled VW's
Top

Off to paint! I'm helping my body guy take it apart tonight hopefully, got some new doors for the drivers side, and a fmic so I can cut up the bumper before paint. Can't wait for this car to look good for the first time since i've owned it.
1991 SS
1993 SS part's car, dead due to rust
1992 Legacy L wagon
1984 subaru GL wagon
1986 Brat (work in progress)
Several Air cooled VW's
Top

Got a chance to work on this tonight, can't wait until the body work is wrapped up and we can get a new coat of paint on this!!!!

Long time no update, its almost ready for paint, my friend and I kept having real work that needed to be done before we got to this, it is now in the shop until it gets painted. Got the FMIC fitted, bumper all cut up, looks good. Hopefully I'll have some more updates later this week!

Long time no post, but this did get finished, painted. I never did end up building an engine for it, I got board with it, and other projects took over. I ended up selling it this summer. It now has a home in road island with someone taking very good care of it. 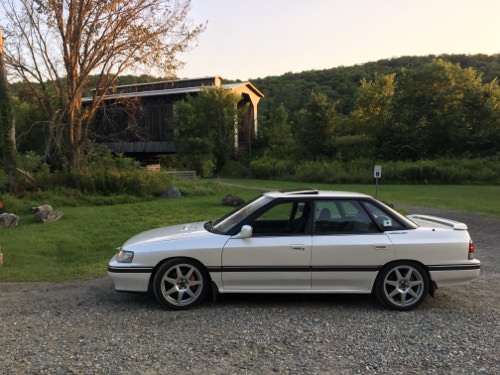 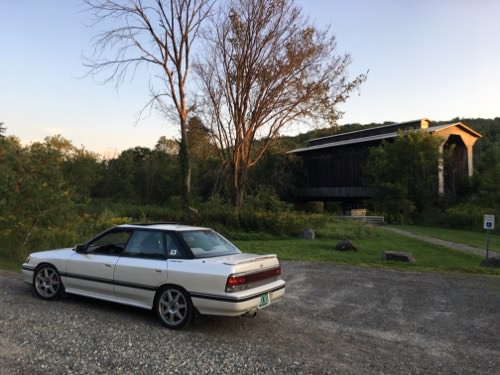 This is my new project. Imported from japan. 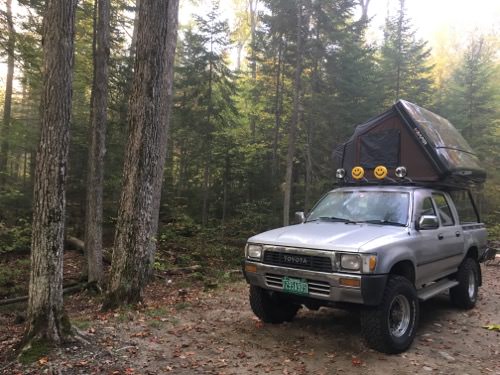 However I'm back here, because I put a down payment on this and will hopefully be driving it home next week. 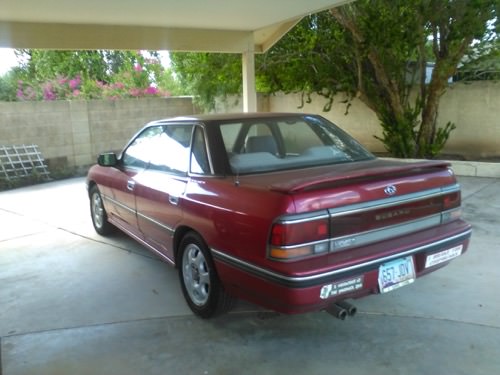