How she looks so far. More stuff to do but at least I can drive her to work tomorrow.
1992 Legacy SS 5mt, build in progress

nortonjefferson wrote:YES! Stoked to see this thing on the road mike

Now you just need to buy my speedlines from me. They're a little rashed from the wreck but what white and gold.
Tony
90 LS Spec rio red sold
91 SS rio red R.I.P
90 Mazda Miata
2005 GT SWP

SILINC3R wrote:Now you just need to buy my speedlines from me. They're a little rashed from the wreck but what white and gold.

Yeah, you never texted me back about those
1992 Legacy SS 5mt, build in progress

Paint will come in time. I have a couple other goodies to install in the mean time.
1992 Legacy SS 5mt, build in progress

Any time Tony, it runs real nice now that I have the GFB EBC installed. I have it set to around 14.5 psi, tho I have cranked it up to 18 for shits and giggles.
1992 Legacy SS 5mt, build in progress

The top one is an early STi ecu "SB" with a factory chip, 2nd one is from a post facelift RHD legacy turbo. It'll need a chip socket added. Both ecus are pretty much identical, and the 16-bit Legacy ecu allows for an aftermarket chip.
1992 Legacy SS 5mt, build in progress 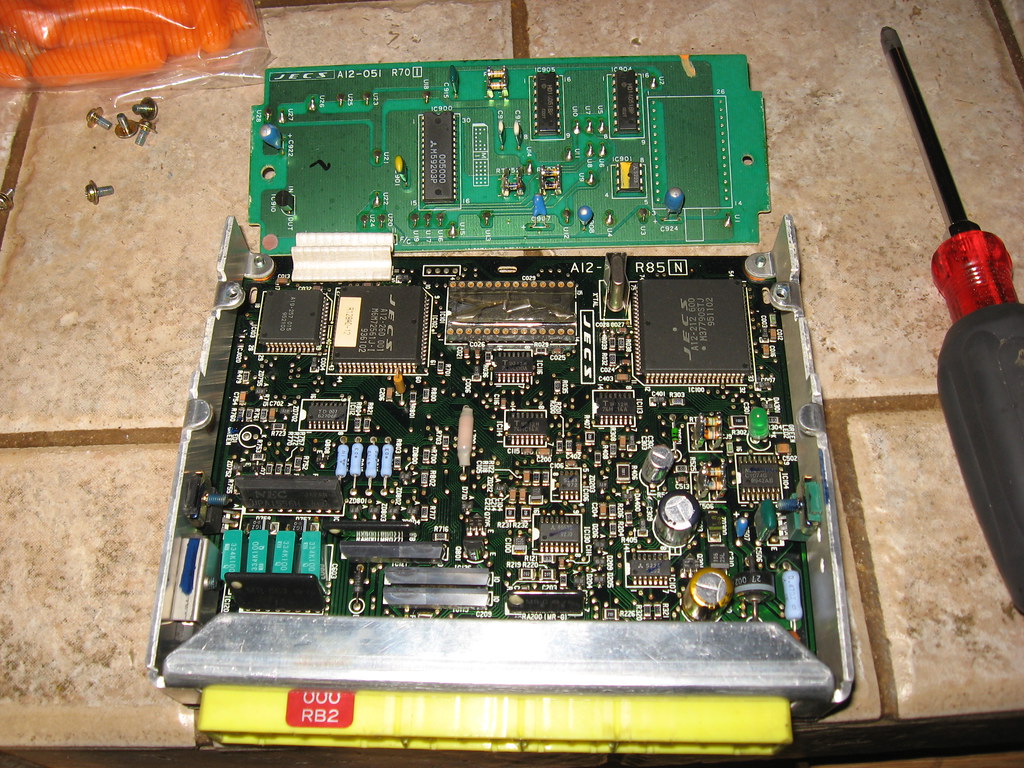 This is a prefacelift legacy ej20g ecu, it is 8-bit and will not work with robtune or anything.

If you have one of these, it is 100% interchangeable with a 16bit ej20g ecu. People on RSliberty club and DirtyOlBC say the 16 bit ecu's run their cars more smoothly, so theres no reason not to swap.
1992 Legacy SS 5mt, build in progress

you must have really nice friends...

Got to attend Dirtfish's half day AWD class today. Beats staying at home

Teacher said I did alright for a first timer, and I had so much fun that I'm going to save up for their 3 day school.


This seemed soooo much faster in car!
1992 Legacy SS 5mt, build in progress

Oh man I bet that was freaking awesome!!!!

Yeah, I really enjoyed the full day. By the end I wanted more time to practice and hone the skills I learned. I think after the full day you can schedule 'ad-hoc' days to just drive and practice.

I thought about the 2 or 3 day class, but I'm not likely going to start rallying so felt the ad-hoc days were a better option.
Josh

My friend Beatersubi welded a 90* elbow onto my VF23. Sure, I could have gone with a silicone 90* instead, but this will never, ever collapse under boost like some silicone ones do lol.

Compared to the factory TD05, it is a little bit smaller. But the significantly faster spool is worth it! Nearly td04 spool speed!

One thing I am very happy about is beatersubi's coolant tank he made around the same time. It bolts into the stock location, uses the factory hoses and clears a tmic. Previously, my factory coolant tank was just "hanging" in there, lol.


The ESL was installed and tuned this weekend. Due to a bad wideband sensor, we weren't able to do a full tune. It is nice to have the ECU controlling boost again. Alphius picked up the software PDQ, and I'll head back down when our schedules allow.


Also, my alternator is giving up the ghost. At idle, it outputs 12.5V, and while giving it some throttle it bumps up to the low 13's. It's causing wierd issues (such as codes for TPS and O2 sensor, out of the blue), and not allowing the battery to get a good charge.

Got a reman alternator and will install tonite.
1992 Legacy SS 5mt, build in progress