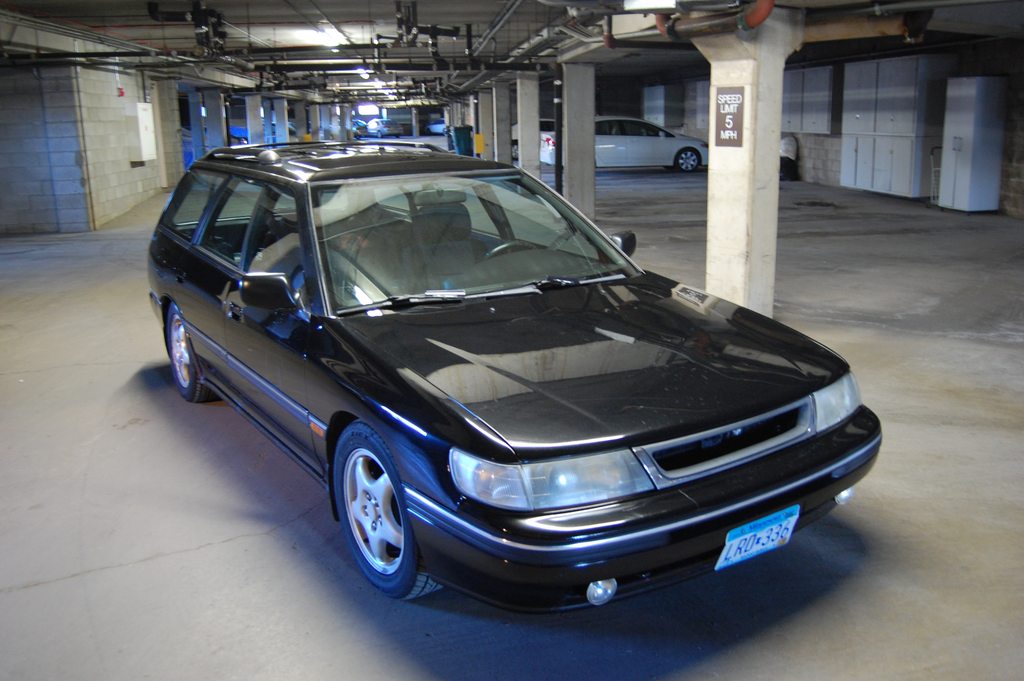 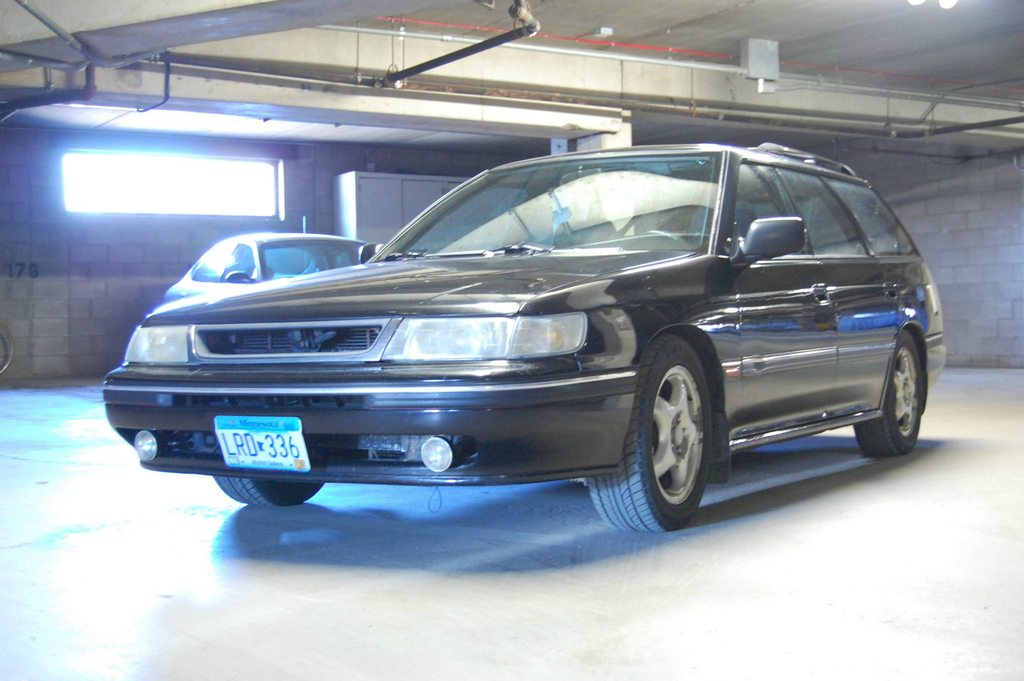 Came with kyb agx's and new tires. Ended up sealing the deal for $1400

Previous, previous owner had hit a deer and had the hood replaced with a standard one, windshield looks to be new though so that's a plus. He also had it repainted black in the process, I think it used to be crimson red pearl? Interior is pretty minty, will post pictures once I give it a good cleaning.

Welcome! I saw this on Minneapolis CL and was looking for a reason to buy it...couldnt justify another one. Miles? Hows she run?
Top

Welcome! Nice to see another one.

It looks like the front bumper is a non-turbo bumper too. Too bad about the repaint, I like Crimson Pearl.

silver03 wrote:Welcome! I saw this on Minneapolis CL and was looking for a reason to buy it...couldn't justify another one. Miles? Hows she run?

Its runs and drives great though, it was up in north branch about an 1hr 20min from me and drove back with the cruise set at 75 with no issues. Power everything works, heck the moonroof does too

ac is cold and the heater will bake you out of the car if you let it. Cant find any notable rust to speak of beyond a pinky sized hole just starting in the lower left rear fender, its a shame about the turbo bumper though. I kept looking at it thinking it seemed off but wondered if the PO had just cut out the fog light sections, guess thats another thing to add to the to-do list.
Top

Welcome to the BBS.
Josh

Legacy777 wrote:Welcome to the BBS.

Thanks! Sorry about the image sizes, I'll upload some smaller ones.
Top

Damn, I guess I blinked and here we are seven years later

At the time I was buying the legacy I was also signing off on a house, one I ended up massively underestimating how much of my free time it would consume.

That said, for better or worse I still have the wagon, it's had quite a long sleep in the corner of the garage.


Recently while I was crawling over it to make sure mice hadn't been trying to nest inside, it dawned on me finally that time had no intention of waiting up for me to get around to fixing the thing up, the same parts I needed before are scarcer yet and sitting has been doing no favors to the car.

So l ended up ordering a new bumper for the thing, its not going to get the car any closer to being on the road again but its one less part to have to track down. 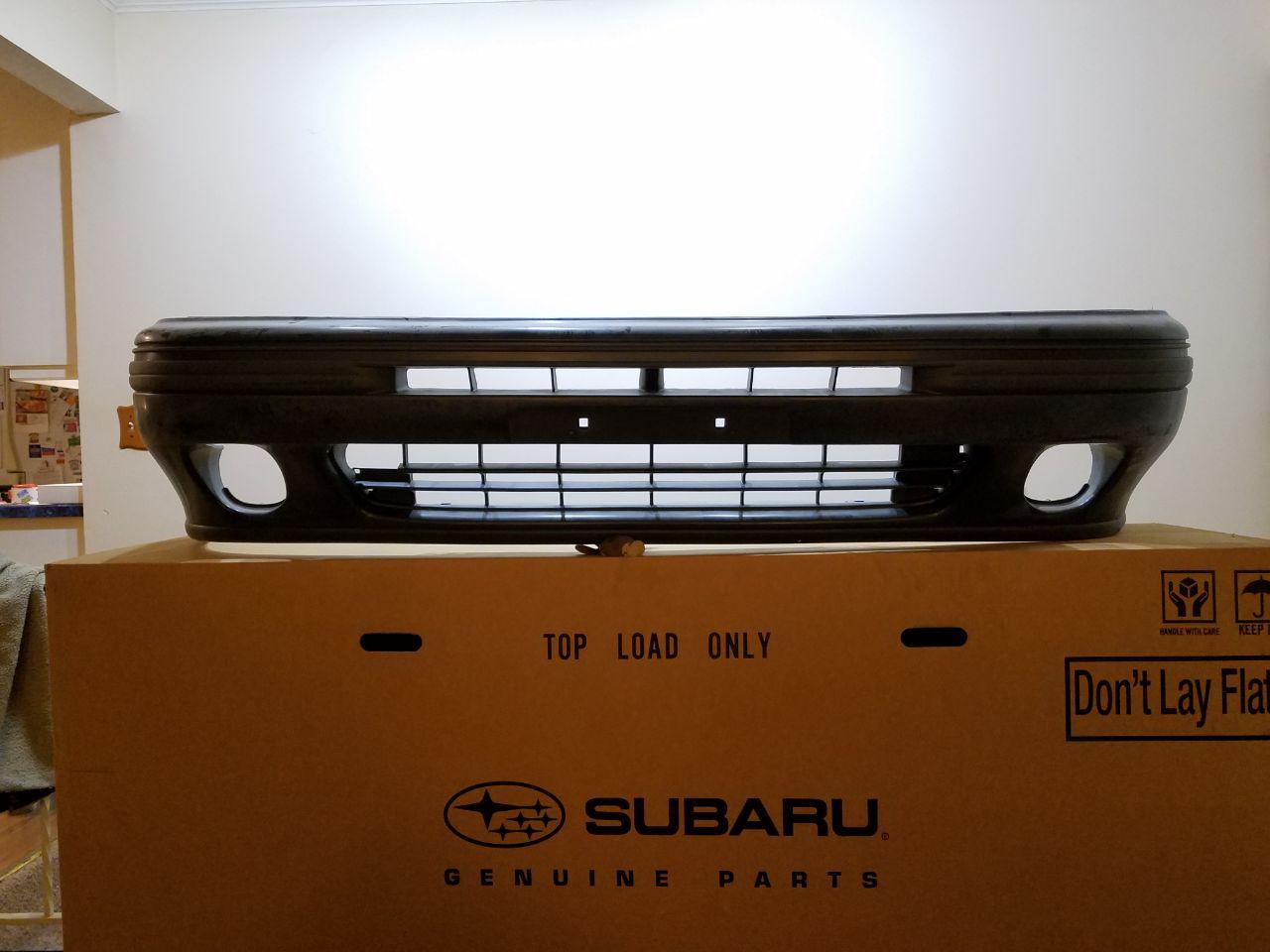 Fresh! Curiously the box was date coded to 2013, I'm not sure if this was when it was repackaged or if Subaru was still manufacturing a small supply of these things up till then. It is 1 of 4 currently left in Subaru's inventory for North America, I was told at least. So if you need one yourself I'd say jump on it while you can

The plan is to pin down a hood and grill, as well as a couple of headrests for the rear since I've never had em. Then with any luck I'll have the room made to start flushing out the gas tank and going through the everything on the front end as I have no clue when the last timing belt was done on the car, and I'm sure most of the seals/rubber have gone hard by now.

I'll try and update on here as things progress, with any luck my next post will be a bit sooner than 2026

Curious how much that front bumper cost you. I would love to have a brand new one on hand if they’re still available

AlaskanLegacy wrote:Curious how much that front bumper cost you. I would love to have a brand new one on hand if they’re still available


Sent from my iPhone using Tapatalk


The price seems to vary from what I've seen, MSRP is $281. I ended up ordering online and having it shipped to a local dealer as freight charges to a personal address are outrageous and easily exceed the cost of the part.
Top