A long time ago in a place far far away (high school) a friend of mine received a "hand me down" 1994 Legacy Sport Sedan that her parents purchased new. This was circa 2002'ish. I had told her for years when she wanted a new car that I claimed first dibs on the Legacy, which she had named "Kaze".

Last week it started spilling oil out of the timing cover, and was also in need of new ball joints and has just been a little more maintenance than she wanted for her DD so she finally sent me the message I've been so patiently waiting for. The car became mind for the price of scrap and a few extra bucks for holding that deal for me for so many years.

The car has an original 123k on the ticker, and other than the oil leak and needing ball joints the car is ready to get back on the road. It was her DD up until last week. I'm hoping the oil leak is just cam seals or oil pump, but Ill be replacing everything under the timing cover as long as it's not catastrophic failure from something. 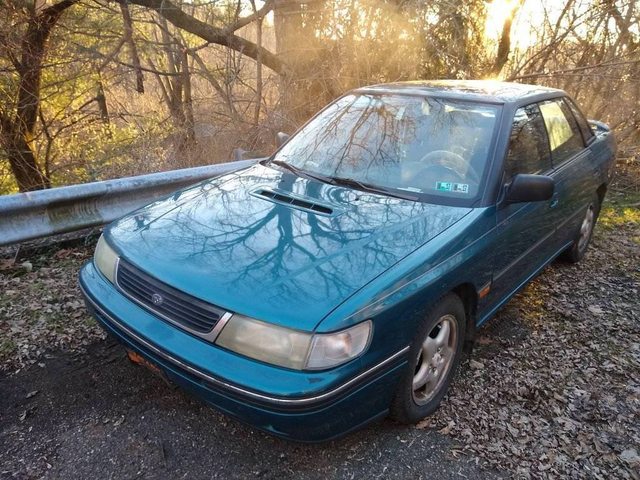 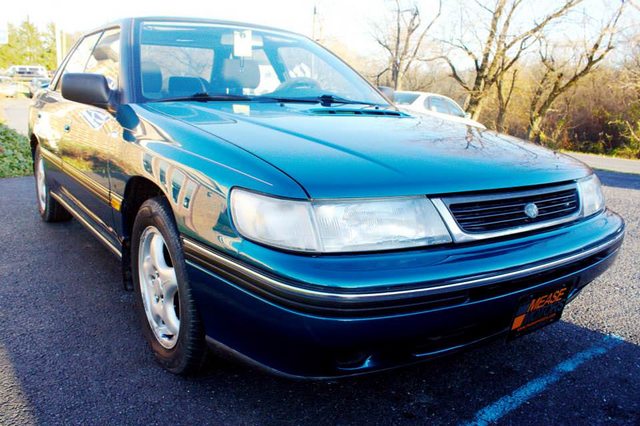 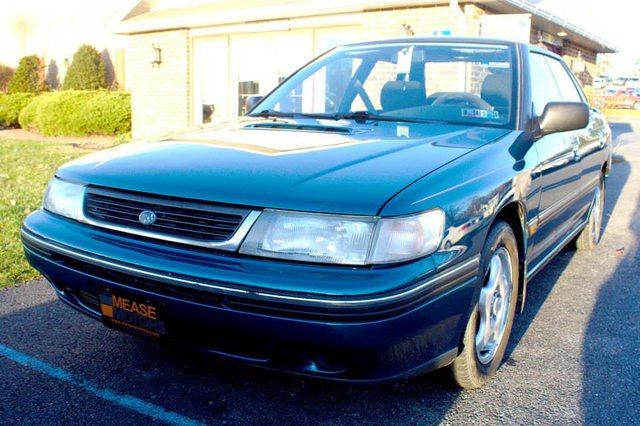 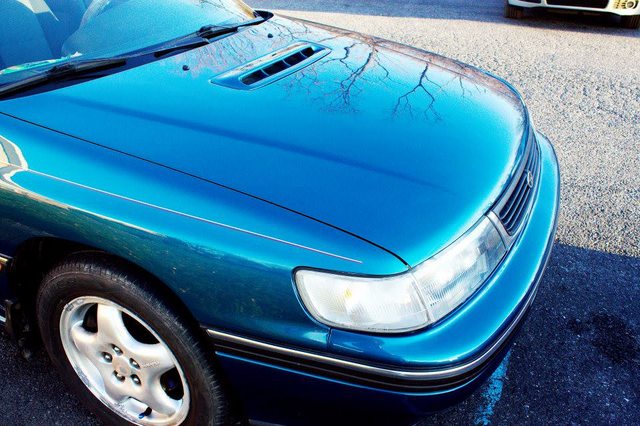 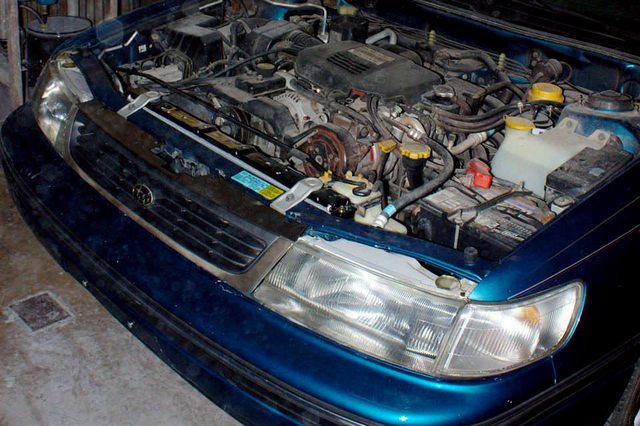 The first order of business is a complete maintenance of all fluids, spark plugs, etc after isolating the oil leak and its respective repair and replacing the ball joints. She'll need a good exterior and interior detailing, but overall she's in wonderful shape for her age. After that the fun comes.

The short term modification list: I'm here to learn a good bit more on the drivetrain in the pre "access port" era. I have a lift in my garage but other than my 2013 WRX, most of the stuff I toy with is carburated american V8's or trail jeeps/trucks. I'm not exactly sure where to start on what I can and can't do with this engine without some type of engine management system. No forum posts I've found thus far really just says "to do abc you also need to add xyz" in terms of these engines.

I'm hoping in the future to use this car for some amateur rally cross or maybe even some stage clearing work for larger events. I may or may not use it in autocross, because I do also have an early 2000's Mini Cooper S coming into my possession that I will probably dedicate for that use.

Nice to meet everyone and hope to share my progress as it comes along.
1994 Legacy Sport Sedan
2013 WRX Premium Sedan
Top

Welcome to the BBS!

As you pointed out, without engine management you're kind of limited. RobTune ECU is an option as well as full stand alone setups. I had read about someone being able to tune the stock ECU code, but don't know if anything has materialized with that.

There is a Robtune thread in the electrical forum (check out the sticky) and I've got my build thread and probably a couple other threads talking about my Link ECU (stand alone).
Josh

The Link Ver1/2 WRXLink standalone is a plug in option, if you have a tuner comfortable with tuning that. Otherwise, whatever wire-in standalone your tuner is comfortable using, should work.
1992 Legacy SS 5mt, build in progress

Give you an idea of the amount of grime in the car originally: 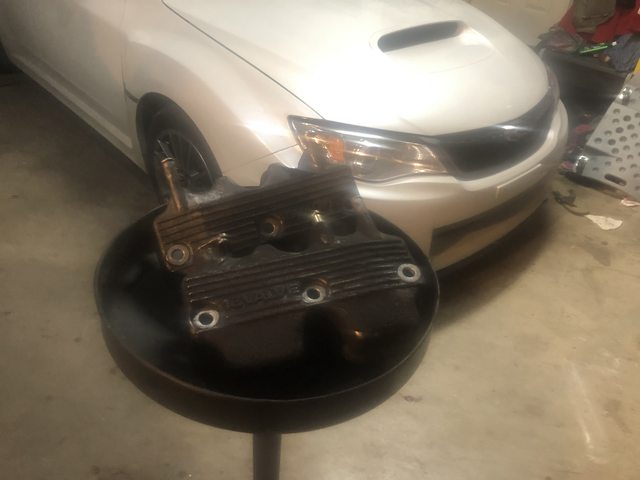 The valve covers had a caked on layer of ungodly goop. 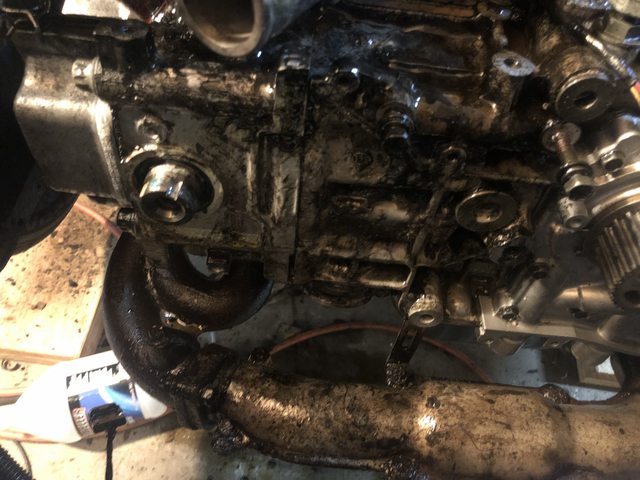 Somewhere around my third application of gel degreaser. 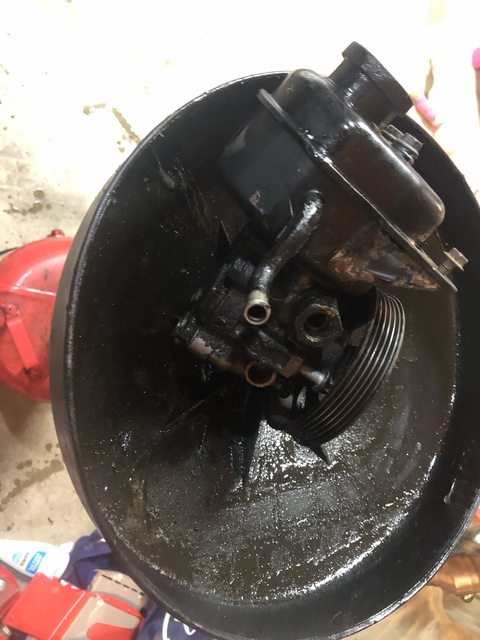 Culprit was heavily the passenger side cam seal, but crank and driver side cam also were leak points. Both valve covers were also leaking. 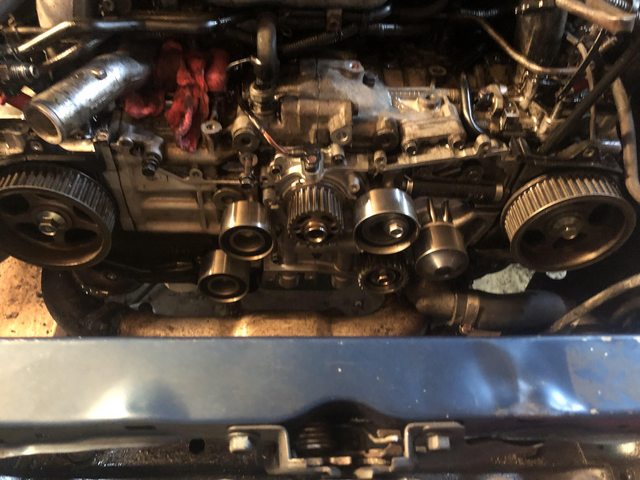 Clean enough for a rally car... 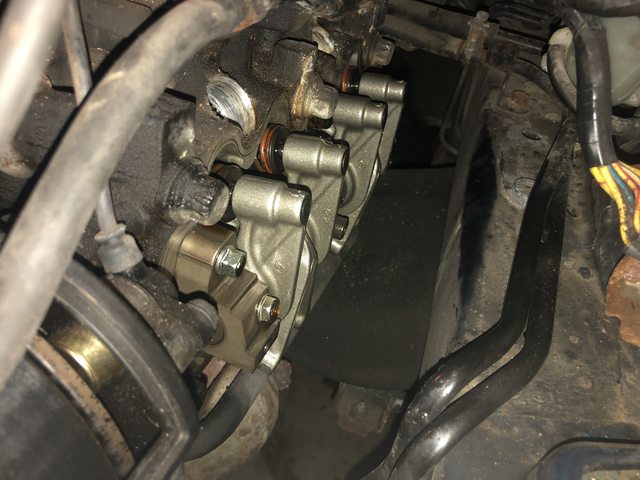 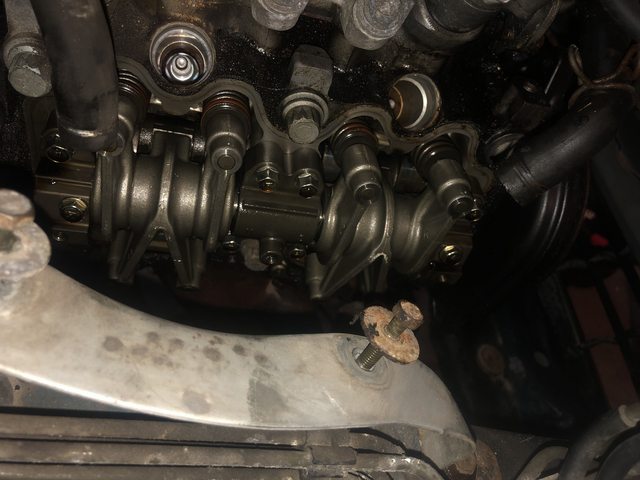 Valves in spec and quite clean for 120k 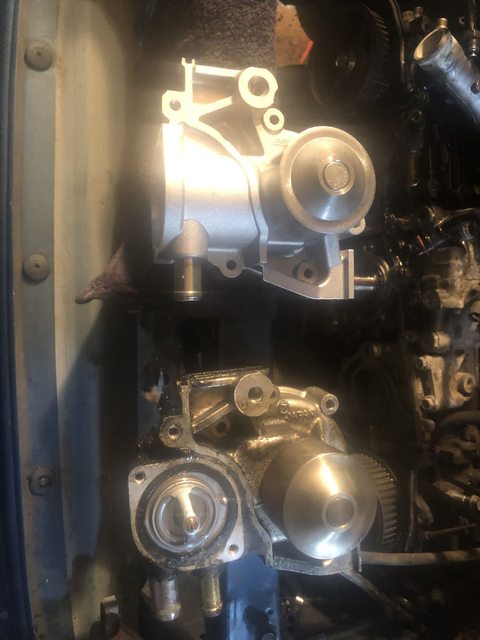 Every group kept telling me the Aisin kit would work, I was skeptical but caved anyway... The Aisin kit from a timing perspective was spot on, but the water pump is for the NA version only. Aisin does not sell a kit w/ pump to fit an EJ22T. I had to order a water pump with a subaru part number. 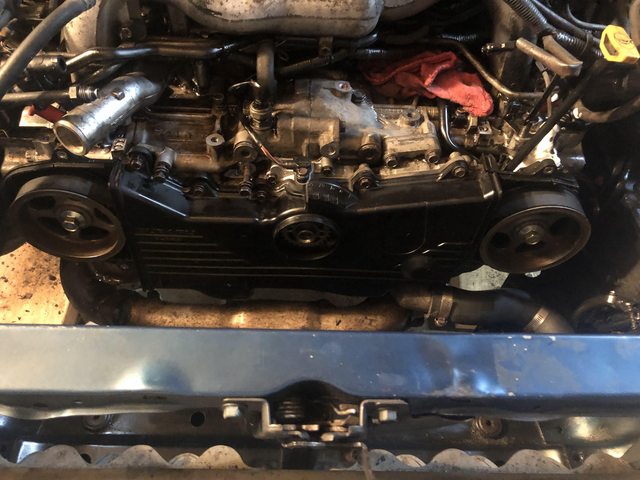 Timing buttoned back up. I did manage to spin the cams and had to reset timing from scratch. Wasn't too hard and hit it correct on the first time. Although I did struggle a little bit getting the belt on without spinning passenger side cam. I got it eventually obviously. 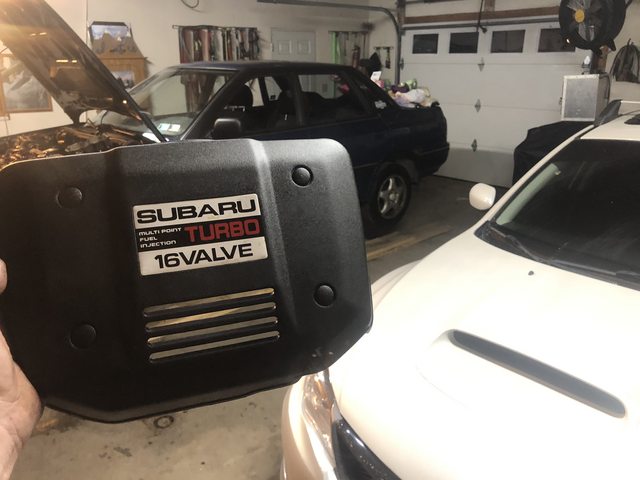 Underneath the layer of grime was a decent shape engine cover!

https://youtu.be/qeq3FCxJkOg
Quick walk around of car

https://youtu.be/e3sNts-UY68
Enjoying manual mode locked in first gear sliding around the yard (frozen yard I should say) one handed while filming! Hah!

Road test went great on the gas station run. Minus a little vibration around 40, but it was sitting for a couple months so I wouldn't be surprised if its the tires, although it could be drivers side front CV axle because when doing the ball joints I did notice a tear in the CV boot.

What's left for inspection: General to-do for this year while running it in stock class RallyCross: I decided I'll start stockpiling build parts and then next off season go open class and go straight to the Haltech or MoTec EMS.
1994 Legacy Sport Sedan
2013 WRX Premium Sedan
Top

Thanks for sharing the progress!

Just a note on the manual button, it only does something when the gear selector is in the 2 or 3 position. It's primary function is that it starts the transmission in 2nd gear vs. 1st. This was a primitive version of traction control. It also does alter the AWD mapping to be more closer to 50/50 power distribution then the stock 90/10 under normal driving conditions.
Josh

Yea the AWD mapping is why I was playing around in the Manual mode. It doesn’t slide around very well in normal. What does the “power” light on the dash represent to the left of the manual mode light? I can’t seem to figure out what would make it go on other than it turns on just for a moment on the start cycle.
1994 Legacy Sport Sedan
2013 WRX Premium Sedan
Top

I've got some info on my site about the manual button & power mode/light.

gemiller wrote:Yea the AWD mapping is why I was playing around in the Manual mode. It doesn’t slide around very well in normal. What does the “power” light on the dash represent to the left of the manual mode light? I can’t seem to figure out what would make it go on other than it turns on just for a moment on the start cycle.

First off, nice score! In ABM, no less.

Second, there is a 'hidden' power mode in the TCU that is easily accessible with a little wiring shenaniganry. It's a 'sport' mode available in the TCU software, but only in the SVX here in the US. Thing is, Subaru used the same TCU hard-(giggity) and software in the TCU in essentially all automatic-equipped cars. You simply need to find the right wire to cut (or ground, I don't remember which) to enable the sport or power mode. It does make a noticeable difference in how the trans shifts and the car drives. There is at least one write-up about it here. It's definitely worth the time.
93 legacy wagon L, 22T swapped (TW imitator) now with five forward speeds. (Gone, but never forgotten)