During the summer of '19 I found this after a week long search on Offer Up. A 1991 Legacy Turbo for part out. After some frantic messaging verifying that the car was whole and available, I bought it sight unseen. It cost me a grand total of $260. It was on Offer Up for $250, but for that price who cares about $10. 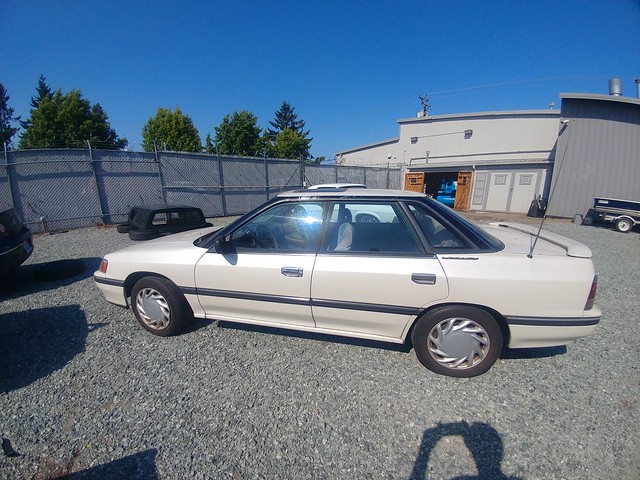 It hadn't been driven for some time due to bad head gaskets causing it to overheat. I found a swollen and burst turbo coolant feed hose. I trimmed it and attempted to drive it home. It also had a bad alternator, but I cannibalized one off my '90 Legacy I bought just a month prior. The coolant hose was completely toast, so she was trailered home. Cost: 2 cases of Rainier. 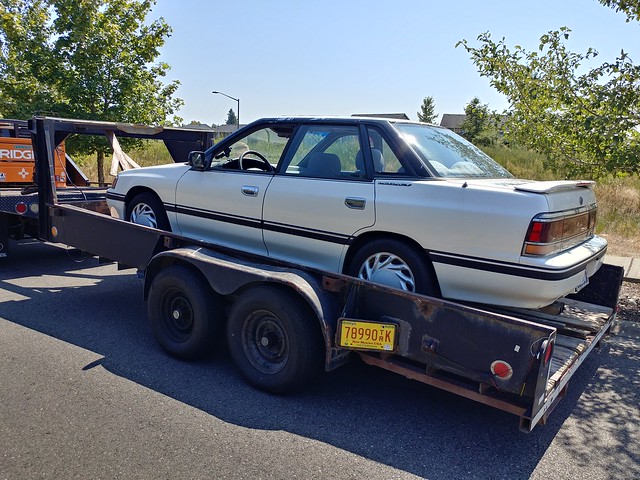 Here was the actual reason it was "overheating". A bad turbo coolant feed hose. A bit of coolant hose later and she was purring. Now, she does smoke, A LOT. The valve cover seals are rock hard and the water pump is leaking. Other than that she was driving as well as an automatic can. That's the downside to this car, a 4EAT. I don't like old automatics. That will change in time. 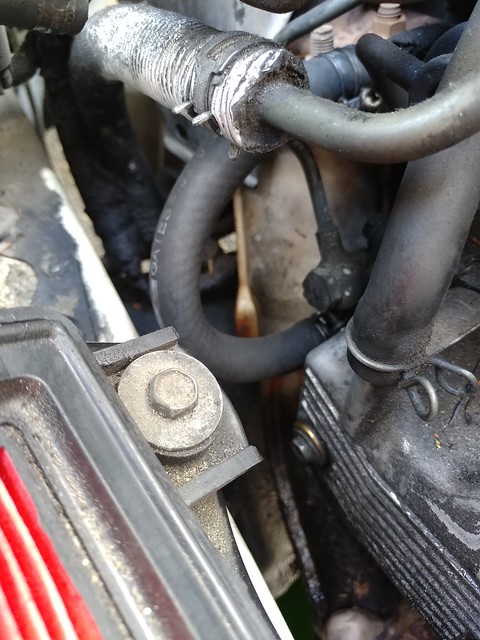 Now this car had a bit of a musty smell. I attributed that to it sitting for a long time. During my initial new car forensics I saw this. 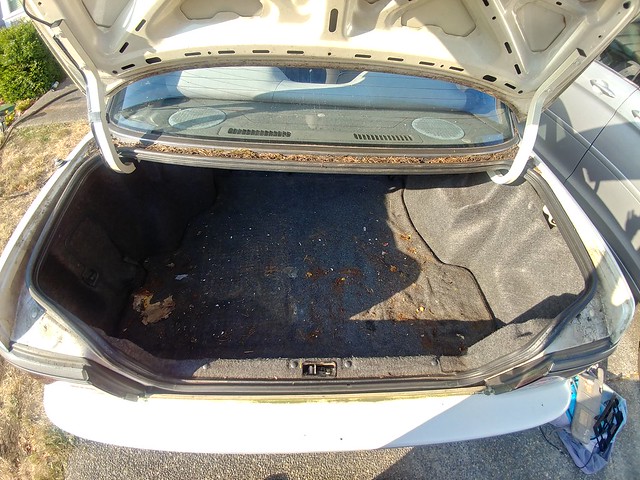 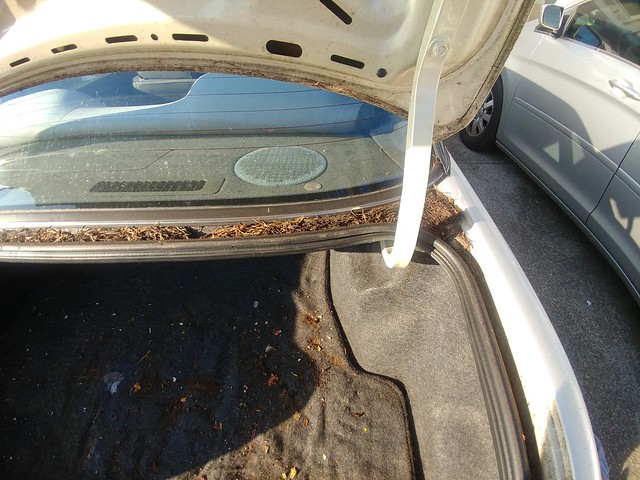 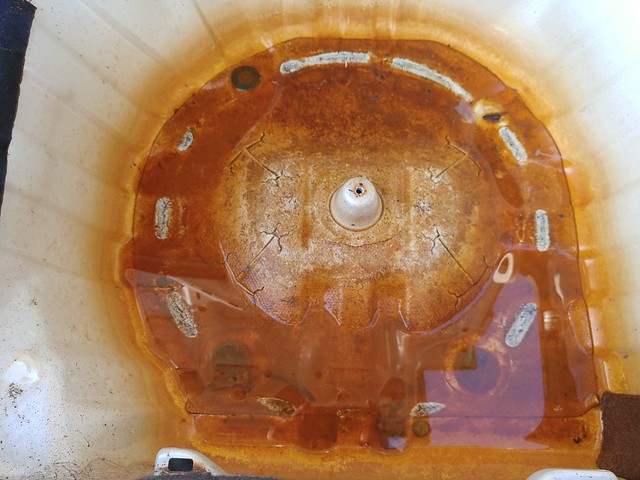 Much better. Clogged gutters caused all the water to over the seal. 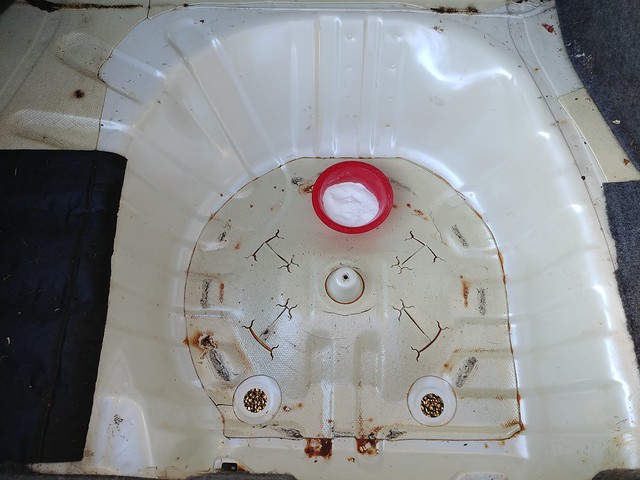 This car was gross. 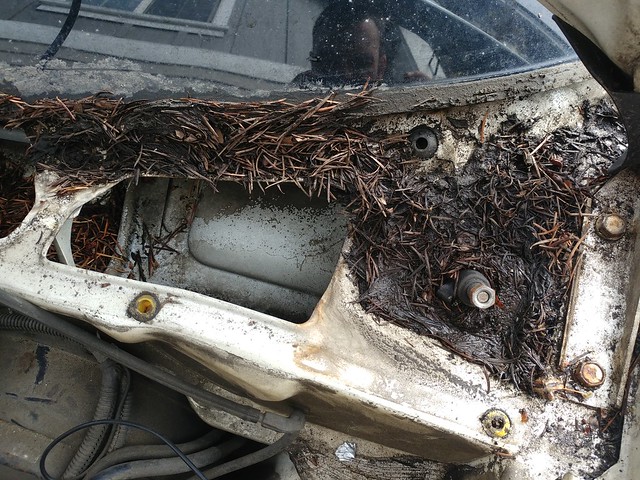 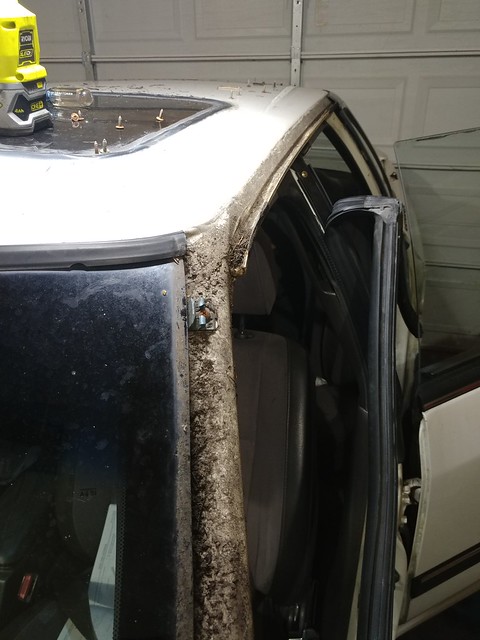 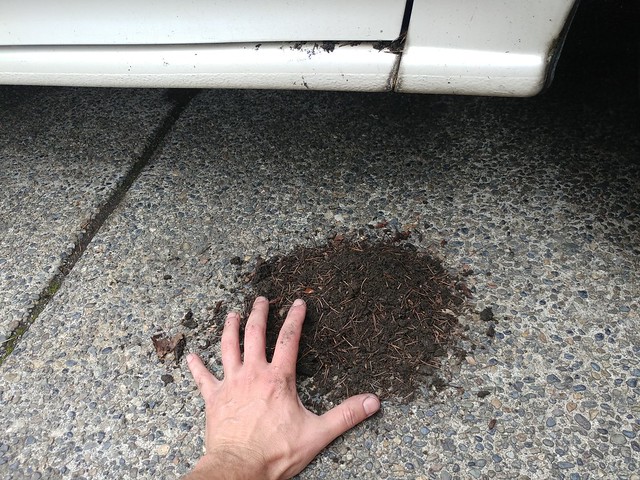 Looked to see why my antenna was just making noise and not moving. 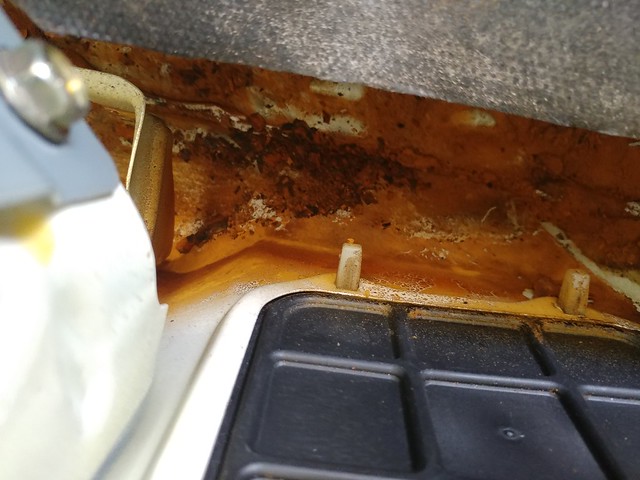 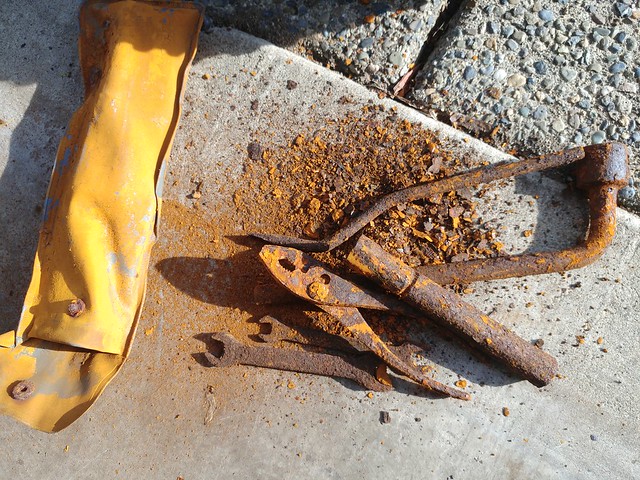 A sign of things to come. I had orginally started gathering parts for my '90 Legacy, but after finding the battery area rotten I decided against it. That's what started my search for another Legacy. 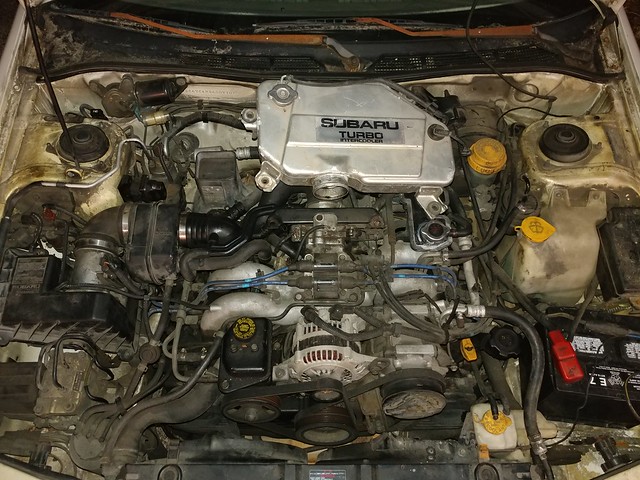 Always glad to see another 91 Pearl White SS. Nice save! Keep the posts coming, I'd love to follow the progress of your build. Sounds like a bigger turbo, intercooler, and a manual swap are in the works, yes?
1994 Legacy TW
1993 Geo Tracker
1991 Legacy SS (finally got one!)
Top

These 30 year old plastic headlights are terrible. I need a better solution. 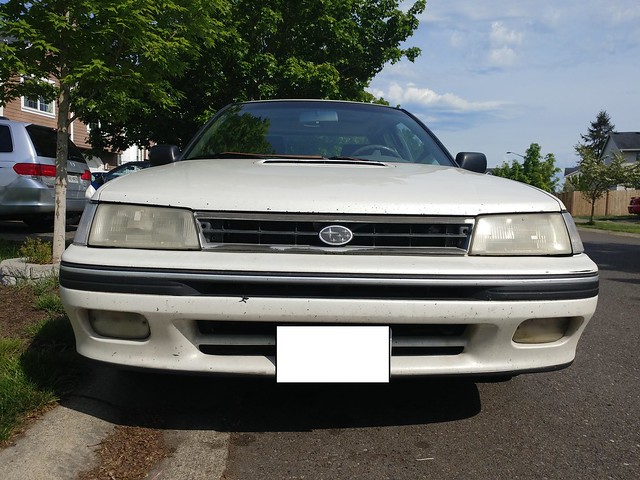 EDM glass is better. These are the fixed version. I did stumble upon a set with motors and wiring. Those will go in at some point. At least I can see now. The difference was amazing. 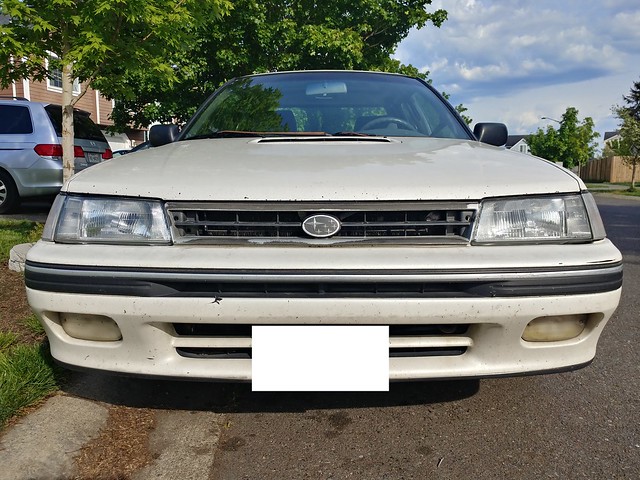 In the PNW, Subarus are always in the local Pick-n-Pull. While looking for random bits and pieces I found a wagon with manual windows. Home they came. It was cheaper to just buy the whole door. I scrapped the two damaged passenger door shells, so that paid for the door cards. 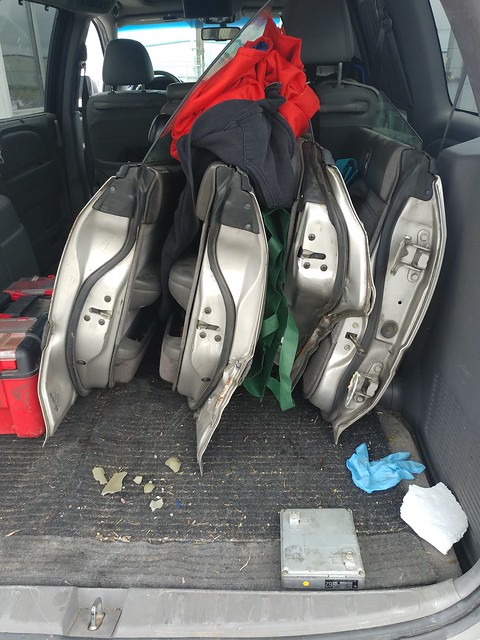